We are very closely monitoring troubled project Victor Salvo – just because we love the cool monster in a raincoat and hat and want it returned to the big screen. We are much more interesting “Jeepers creepers 3” (Jeepers Creepers 3), rather than gossip about the dirty past of the Director. We have become accustomed to bad news about the film, but it is good.

As you know, a special screening on September 13 was cancelled, but on 26 September 2017 all remains in force. Only this day (or rather night) in the U.S. theaters will show the third film about the Creeper, a monster, waking up once in 23 years. And we have documentary evidence of this.

Meet the first official teleroliki promoting the premiere on September 26! Yes, damn it, this is the long awaited video from “Jeepers creepers 3” – new cadres, with frightened heroes and with axe Creeper. Format TV spot does not imply an impressive duration, but for fans of the series, even those 30 seconds are expensive.

On the prospects of the film and its future release do not want to talk; when it comes to Salvo everything can change at any time. Just going to wait for official news. And trailer, of course. According to rumors, it should appear a week before the night of the premiere of the picture. 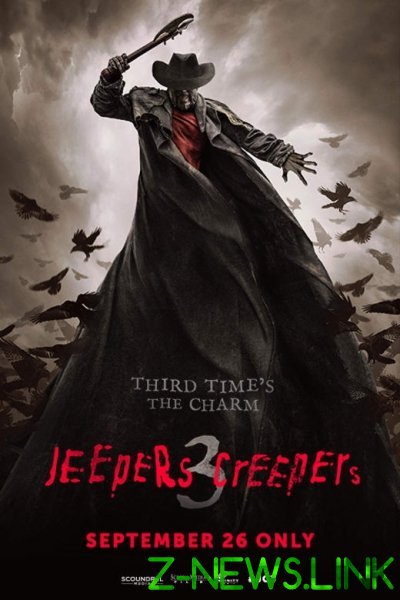