Whether you are a fan of “Paranormal activity” in 2009 or hate him, but you cannot deny the fact that this film contributed to the revival of interest in mocumentary in horror, and spawned a very profitable movie. Six parts of the series brought the creators in the amount of about 890 million dollars, and the budget of the most expensive tape does not exceed ten million, and the first generally cost about 15 thousand.

However, all somehow coming to an end, and for “Paranormal activity” they become “Ghosts in 3D” in 2015. Don’t know whether there were fans satisfied with the ending, as I myself quite quickly lost interest in the series, but at least the creators were able to put in this story point.

Producer Jason Blum, the head of a great company Blumhouse, said that he does not exclude the possibility of rebooting the franchise “Paranormal”. They say if Christopher Landon has some ideas on this account, he would like to hear them.

It was said within an interview CinePOP was like a joke, but the word, as they say, is not a Sparrow. Don’t knock him out with an ax.

What do you think, does it make sense to restart “Paranormal activity”? Maybe in the future? 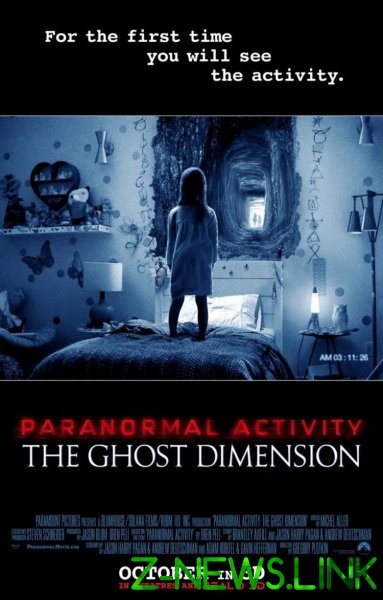