Jared & Ivanka barred Secret Service from using their toilets, forcing them to pay $100K+ to rent nearby bathroom – report 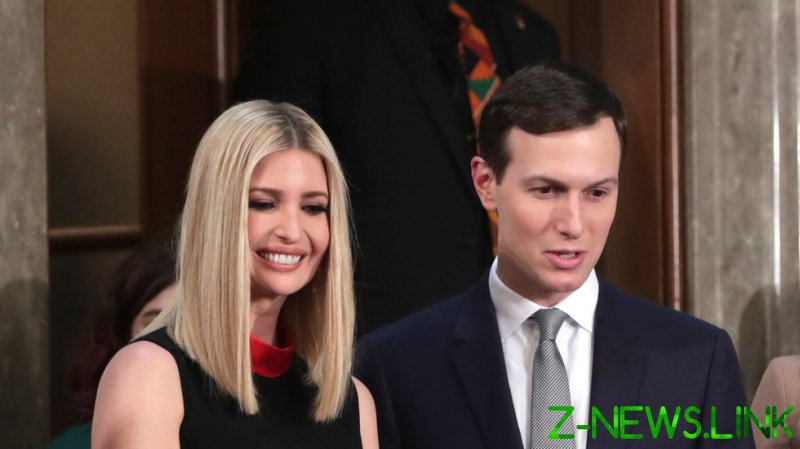 The president’s oldest daughter and her husband reportedly refused to allow their Secret Service detail to use any of the half-dozen bathrooms in their home, located in the upscale DC neighborhood of Kalorama, according to neighbors and law enforcement officials who spoke to the Washington Post on Thursday.

This obviously left the protection detail in a bit of a pickle, and the agents reportedly spent “months” hunting down a toilet that would be convenient to the 5,000-square-foot home. Efforts to install a port-a-potty outside met with condemnation from the pair’s wealthy neighbors, and it wasn’t always feasible to hightail it over to another Secret Service outpost, like the homes of former President Barack Obama and Vice President Mike Pence – especially after, according to WaPo, a member of the Trump/Kushner detail “left an unpleasant mess in the Obama bathroom.”

Ultimately, the agents rented a basement studio apartment across the street from Trump and Kushner, shelling out $3,000 a month just to have somewhere to answer nature’s call. The bill – paid by the US taxpayer, of course – stands in excess of $100,000 as of this month.

While the Secret Service declined to comment on its agents’ bathroom arrangements, White House spokesman Judd Deere denied it was the couple’s decision to exile their detail to potty purgatory, arguing it was in fact the officers’ choice not to use any of the myriad toilets in the home. However, a law enforcement source countered it was indeed Trump and Kushner who forced them to take care of their needs elsewhere, from the moment they moved into the upscale home.

While it’s not unusual for Secret Service details to seek out unobtrusive locations for their command posts, break rooms, and toilets, the allegedly abrasive nature of Trump and Kushner’s presence has rubbed their neighbors the wrong way, even before the port-a-potty sprouted from the neighborhood’s well-manicured sidewalk.

The characterization of Trump and Kushner as supercilious creeps who wouldn’t let their Secret Service detail use one of half a dozen bathrooms was too much for some on social media, who wondered if they’d taken their cue from the film ‘The Help’.

However, no one has claimed the Secret Service agents forced to go afar to take care of their biological needs served the couple a pie made with the result, as in the film. Yet.