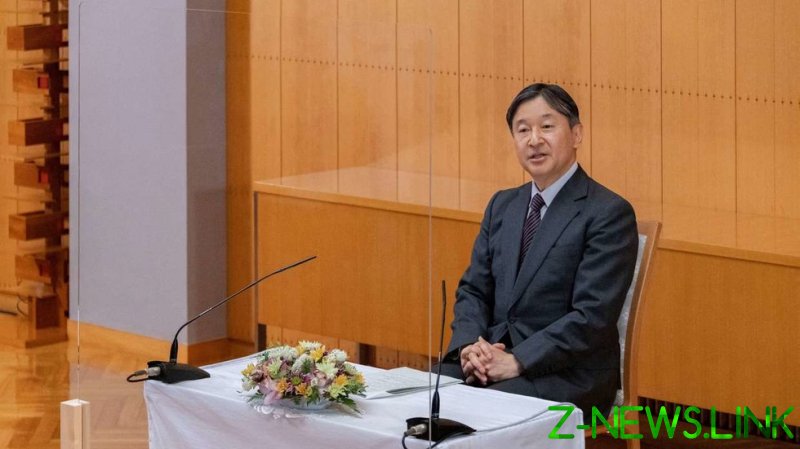 The prime minister said on Friday that Yasuhiko Nishimura, the head of the Imperial Household Agency, had merely “expressed his own opinion” when he told reporters that Emperor Naruhito was worried that the Tokyo Olympics could spread the coronavirus.
Similarly, Chief Cabinet Secretary Katsunobu Kato said that Nishimura was sharing his own thoughts, rather than the emperor’s.

On Thursday, Nishimura told reporters at a press conference that the emperor was “very worried about the current infection situation.”

“I suppose that [the emperor] is concerned that while there are voices of anxiety among the public, the holding of the Olympics and Paralympics… may lead to a rise in infections,” Nishimura said, as quoted by Kyodo News.

Nishimura added that he had “not heard such words directly from his majesty,” but “feels that way,” as he talks to the emperor on a daily basis. The imperial household chief asked the organizers to do everything possible to prevent the spread of Covid-19 during the Olympics, which is set to last from July 23 to August 8.

Kato said he would like to ask the Imperial Household Agency for the details on possible concerns. “As I have said, we will realize safe and secure games,” he added. “We will work together with all concerned parties and make preparations to ensure that a safe and secure environment is our top priority.”

The 61-year-old emperor, who holds no political power in Japan, is an honorary patron of the Olympics and Paralympics, and may attend the opening ceremony, according to the Japanese media.

The Tokyo Olympics was scheduled to take place in 2020, but, like many events that year, was postponed due to the pandemic. It will be held without spectators from abroad, while the Japanese government promised rigorous health safety measures at all times. In its most recent step, the organizing committee banned the sale and consumption of alcohol at Olympic venues.

Despite the assurances, past opinion polls have shown that the majority of Japanese people favor the cancelation or further postponement of the games.

According to Sunday’s Kyodo News poll, around 86% fear that the Olympics will lead to a resurgence of the coronavirus. The agency reported that around 40.3% believe the events should be held without spectators, while around 30.8% said they should be canceled.