Home / Science and technology / Japanese spacecraft collected samples of soil of the asteroid. What’s he looking for there?

Japanese spacecraft collected samples of soil of the asteroid. What’s he looking for there? 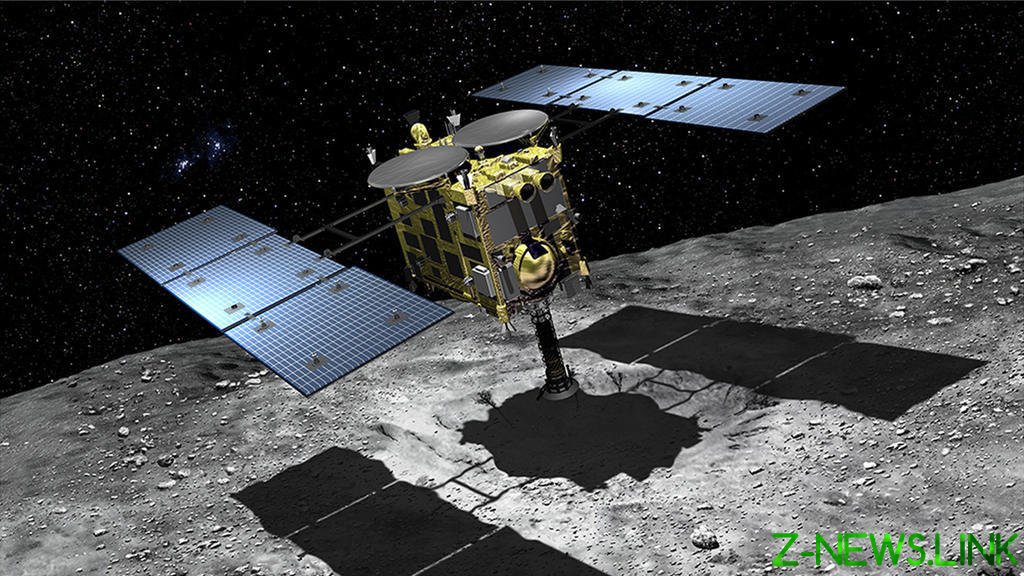 Japanese space probe “Hayabusa-2” held for the second successful mission for the collection of soil samples from the surface of the asteroid Ryugu. We have previously reported that the unit was transmitted to Earth new images of small celestial bodies in the course of this operation. Although the first animated images of successfully completed tasks appeared at the same time, Japanese space Agency (JAXA) responsible for during this space mission just now published a video which shows complete process of collecting samples of asteroid soil.

Composite image of the surface of the Ryuga, received by the spacecraft “Hayabusa-2” before its landing on the asteroid on July 11

As reported Space.com before rapprochement with the asteroid probe is fired into the surface of a celestial body with a special metal bullet. She picked up subsurface soil, which the Japanese probe and harvested using a special suction device. It can be seen in the video below.

On the official website of the mission noted that the second attempt of collecting samples was more dangerous. The combination of difficult the surface of the asteroid at the Assembly ground, the technical difficulties of maneuvering and the fact that the probe is a few hundred million kilometers from the control center on Earth – were not given the right to make a mistake. In February, scientists said that a second attempt of collection of the soil can fail. But decided to risk it anyway.

What scientists are looking for on the asteroid?

It is expected that the unit “Hayabusa-2” will be in the asteroid Ryugu until November-December of this year. After that, the probe will go together with collected samples back to Earth. Arrival is expected by the end of 2020. When they reached the Ground, the device will reset the specimen containers through the planet’s atmosphere.

Scientists believe that the study of these samples in the laboratory will allow to better understand the history of our Solar system. Perhaps the existing particles of the material in these samples will tell researchers about how on the Earth could have formed life.