On September 22 this year, we posted the final poster of the eighth “Saw” and thought that was it. It seemed that the creators really time to settle down, because in the framework of the promotional campaign they have issued so many cool and not so pictures that all was difficult to follow. However creatives “Jigsaw” had a different opinion on this.

After the final I saw the light special posters with “blood nurses” announcing blood Halloween Blood Drive, as well as colorful IMAX-poster. A little? Keep another one! This time straight from the land of the rising sun.

Surfaced on the web Japanese poster shows us another clever trap: a room with the victim circuit, any modified buckets on their heads… John Kramer is dead, but his cause lives on. Moreover, the Designer performed the inimitable Tobin bell will appear in the new Chapter of the franchise.

On the poster the date is November 10, but the Japanese were not so lucky. To the rest of the world will get the picture sooner, right under Halloween: October 27.

Looking forward to it. 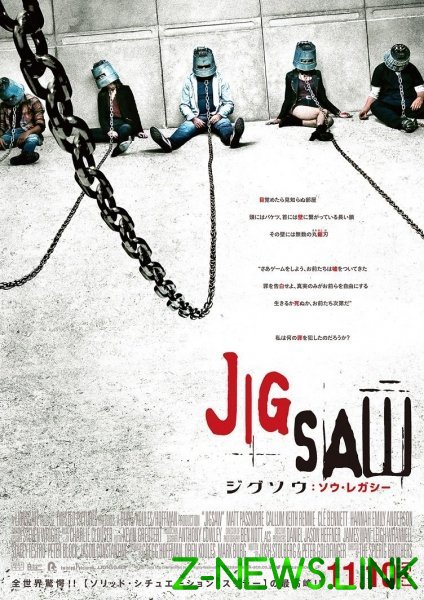