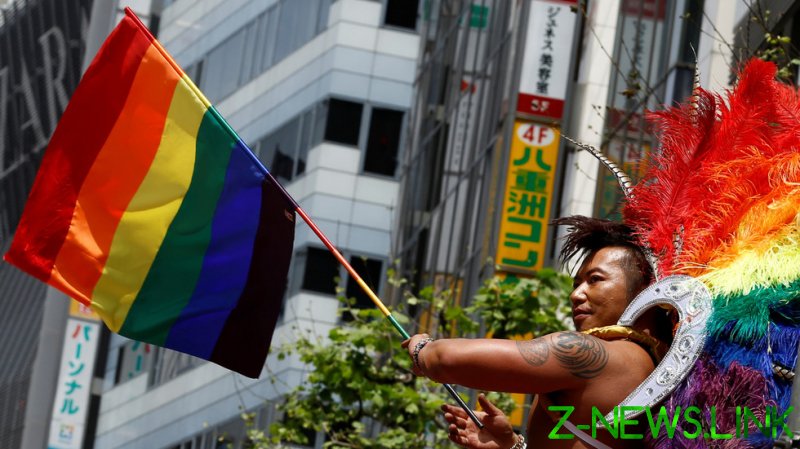 The ruling poses a challenge to Japan’s constitution, which defines matrimony as being based on “the mutual consent of both sexes.” The wording has been interpreted as only allowing marriage between a man and a woman, and currently same-sex partners are barred from inheriting each other’s assets. They also have no parental rights to any children their partners may have.

The Sapporo District Court concluded that preventing same-sex couples from receiving the legal benefits of marriage cannot be justified because sexuality, like race and gender, is not a matter of preference. Arguing that the ban was discriminatory, the court ruled rights and privileges granted under marriage should “equally benefit both homosexuals and heterosexuals.”

However, the court rejected a demand for remuneration by the six plaintiffs in the case – two couples of men and one of women. The couples had asked for one million yen ($9,160) each from the Japanese government as compensation for the emotional distress they suffered by not being able to legally tie the knot.

Currently, same-sex partners can only receive partnership certificates which can help with renting property and ensuring hospital visitation rights. The court’s ruling, the first judicial decision on the legality of the marriage ban, has been described as a major turning point for gay rights in Japan. The decision may set a precedent as four other courts around the country consider similar cases.

Although it has a more liberal stance on homosexuality than many of its Asian neighbors, Japan is still far more conservative than the West. In 2019, the country’s supreme court rejected the case of a trans man who wanted to be legally recognized as such without undergoing sex reassignment surgery, which includes sterilization.