Home / WORLD / Japan will host Olympics in 2021 ‘as proof that humanity has DEFEATED the pandemic,’ PM Suga vows at UN

Japan will host Olympics in 2021 ‘as proof that humanity has DEFEATED the pandemic,’ PM Suga vows at UN 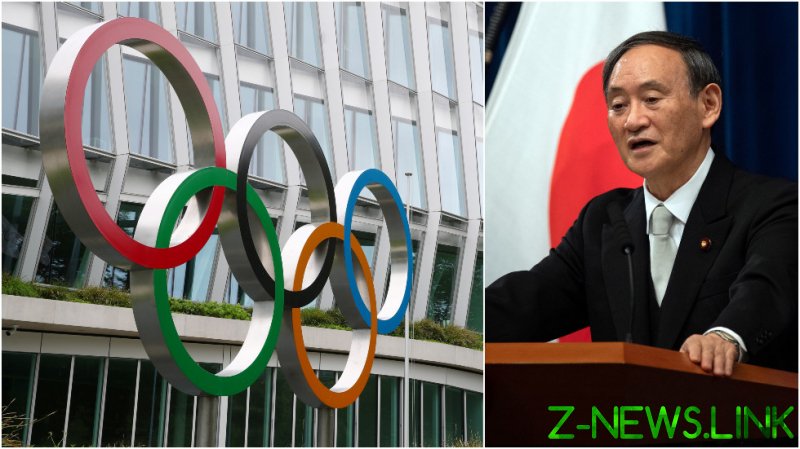 Making his debut speech to the international body on Friday, Suga told the UN General Assembly that Japan is committed to “leave no one behind” amid the health crisis, and argued the 2021 Olympics will serve as a symbolic victory against the virus.

“In the summer of next year, Japan is determined to host the Tokyo Olympic and Paralympic Games as proof that humanity has defeated the pandemic,” he said in the recorded message.

I will continue to spare no effort in order to welcome you to games that are safe and secure.

Originally set for this summer, the games were postponed for next year in March due to the pandemic, a rare occurrence in their 124-year history, which had previously seen only three cancellations thanks to World Wars I and II.

Suga – who was sworn in as Japan’s prime minister earlier this month after health problems forced the resignation of long-serving PM Shinzo Abe – also urged the international community to “turn the current crisis into an opportunity to reinforce our cooperation,” insisting the pandemic “must not jeopardize international peace and security.” To that end, he said Japan will work to “normalize its relations” with North Korea, offering to meet with the country’s leader with no pre-conditions.

“As the new prime minister of Japan, I am ready to meet with Chairman Kim Jong-un without any conditions,” he said. “Establishing a constructive relationship between Japan and North Korea will not only serve the interest of both sides, but will also greatly contribute to regional peace and stability. I will miss no opportunity to take actions with all my dedication.”

The PM singled out what he called “abductions” of Japanese citizens by Pyongyang, saying it remained an “outstanding issue of concern,” along with the country’s nuclear and ballistic missile programs, but added that the two sides could work toward a “settlement of the unfortunate past.” The North Korean government has acknowledged detaining 13 Japanese nationals since the late 1970s, releasing several in the time since, but the status of the remaining captives remains a subject of intense dispute, as Pyongyang alleges some have died in custody.

Suga also stressed the importance of nuclear non-proliferation, noting the recent 75th anniversary of the American atomic bombing of Hiroshima and Nagasaki at the tail end of the Second World War, insisting the event “must never be repeated.” He committed to “spare no effort in realizing a world free of nuclear weapons,” saying that Japan would help to maintain and strengthen international arms control through the Nuclear Non-Proliferation Treaty (NPT), which also marked its 50th anniversary this year.