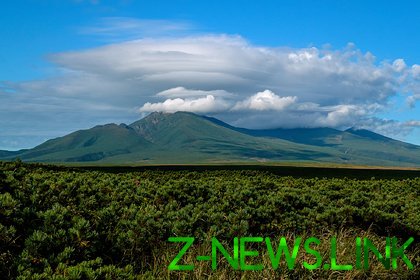 Japanese journalist and political analyst Yukio Kashiyama again urged the authorities of his country away from Russia all the four Islands of southern Kuriles. The opinion he stated in the article for the portal Wedge Infinity.

The political scientist reminded that in may the Japanese foreign Ministry in its annual report, the so — called Blue book on diplomacy — declared that the Islands of the southern group of the Kuril archipelago under the sovereignty of Japan. In this case, said Kasiya, the report did not indicate which Islands are meant — Kunashir, Iturup, Habomai and Shikotan, or only the last two. According to him, the Japanese authorities apparently hoped to leave yourself room to maneuver, hoping to make Russia return at least two Islands.

However, according to Kazemi, this position is not acceptable. “Previously I have written repeatedly that I believe that the return of the two Islands was incorrect and that Russia is unlikely even for him,” — said the analyst. According to him, authorities must go back to the original requirements for the transfer of Japan of all four Islands, or the Tokyo risks being at a disadvantage, not only in relations with Russia. Casiana says, rejecting the claims of two of the Kuril Islands, Japan will show weakness and will show other countries with which it has territorial conflicts, China and South Korea — that it is ready to easily give up their land.

Following the end of world war II between Moscow and Tokyo have not signed a peace Treaty. The main obstacle to his signing was the unresolved territorial dispute over the southern Kuril Islands — Iturup, Kunashir, Shikotan and the Habomai group. The Japanese side calls the Southern Kuril Islands the “Northern territories” and over them does not recognize Russian sovereignty. Moscow, in turn, does not recognize the fact of the territorial dispute.

In addition, Japan has a territorial dispute with China over Senkaku (Diaoyu) Islands in the East China sea and with South Korea regarding the Takeshima (Dokdo).