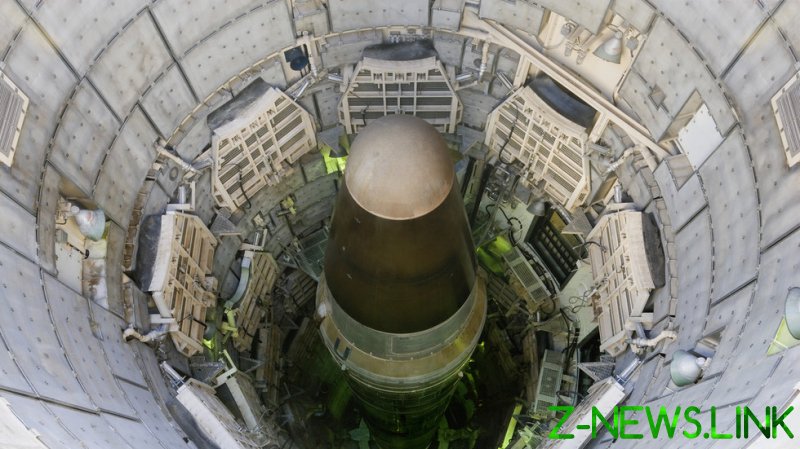 Japan will not be seeking a nuclear weapons-sharing deal with the United States, Prime Minister Fumio Kishida said, after a former Japanese leader claimed the idea should not be considered “taboo.”

Speaking to parliament on Monday, Kishida rejected a nuclear-sharing arrangement as “unacceptable,” citing Japan’s “stance of maintaining the three nonnuclear principles,” according to Kyodo News.

Japan has long vowed to never produce, possess or allow other nations to bring nuclear weapons on its territory, having been the only nation in history to be attacked with atomic bombs. While it is protected under the US ‘nuclear umbrella,’ its non-nuclear status has been enshrined as a guiding principle for Japanese policy.

Kishida was responding to recent remarks by former PM Shinzo Abe, who said during a Sunday interview that Japan should consider a sharing deal as an option. “It’s essential to understand how the world’s security is maintained, and we shouldn’t treat those discussions as a taboo,” he argued, though also reiterated previous calls for the ultimate abolition of nukes altogether.

In addition to the UK and France, five non-nuclear NATO members – Turkey, Germany, Italy, Belgium and the Netherlands – currently host American nuclear bombs on their soil, according to the Center for Arms Control and Non-Proliferation. Seven other NATO states provide assistance for nuclear missions through conventional air support, and all 30 members, excluding France, belong to a body to discuss nuclear policy issues, the Nuclear Planning Group.