Home / WORLD / Japan: it became known why the Emperor abdicates

Japan: it became known why the Emperor abdicates 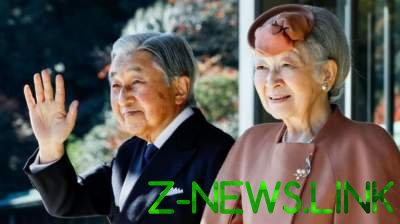 For the first time in 200 years the Japanese Emperor abdicates. Prime Minister Shinzo Abe said that the current Emperor Akihito will leave Hrizantemovym the throne on 30 April 2019..

The reason for this was the health of the 84-year-old representative of the throne, who underwent heart surgery and beat the cancer. The date agreed on at a meeting of the Council of the Imperial house of Japan.

“This is the first abdication of the Emperor from the throne in the last 200 years and the first since the actions of the current Constitution,” said Shinzo Abe.

Now the government must approve the date of the abdication of the Emperor. Perhaps the question will be considered until December 10. However, this action is just a formality. May 1, Imperial place Akihito is his eldest son, Prince, Naruhito.

In 2016 the current Emperor admitted that due to advanced age and health are no longer able to do their job. In June, the Parliament passed a law that allowed Akihito to abdicate.