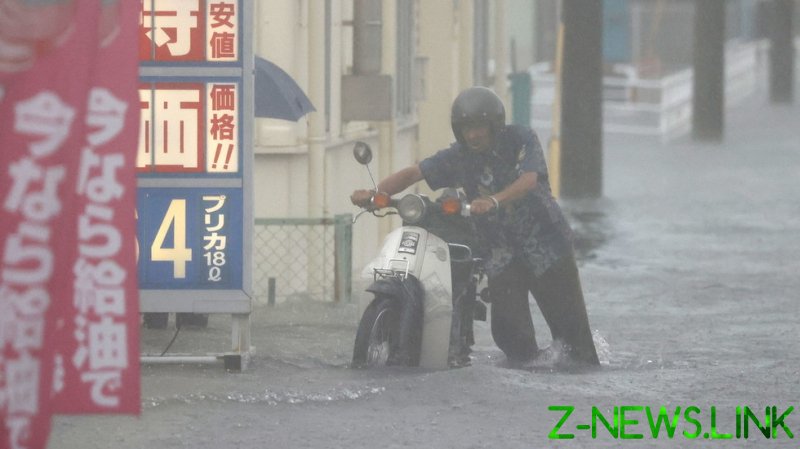 The highest possible Level 5 “special” weather warning was issued for Saga, Nagasaki and Fukuoka prefectures in the country’s southwest on Saturday, as rains continue to batter parts of Japan. Earlier, the same warning was issued for the city of Hiroshima after several rivers running through the region were deemed at high risk of overflowing.

In its advisory on Saturday, the Japan Meteorological Agency said that “there is a high possibility that some kind of disaster has already occured” in the areas that are especially prone to mudslides and flooding. “It’s been raining heavily like never before,” the agency noted. 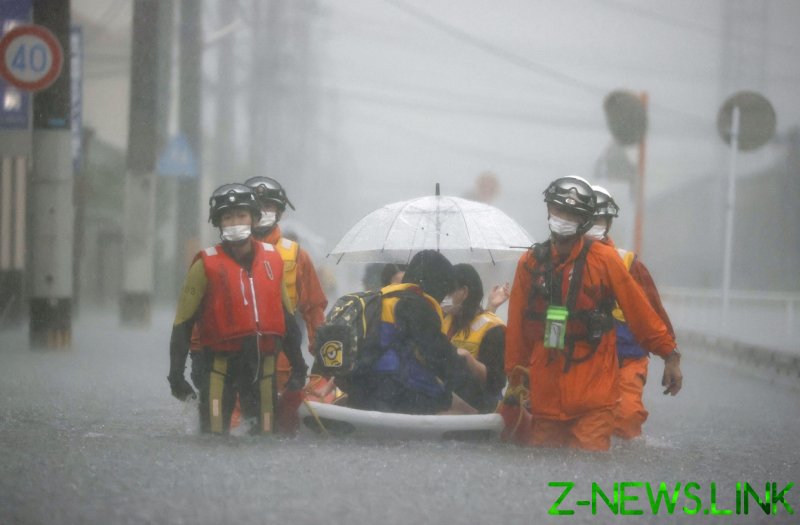 The agency pointed out that it was “too late to evacuate if the special warning is announced.” The Level 5 alert is considered to be a stage “beyond evacuation,” when residents are urged to take whatever action is needed to protect their lives, such as moving to a higher floor if they are hunkering down at home.

Another 4.28 million people have been subject to a Level 4 evacuation warning, which is currently in effect for 17 prefectures. While the Japanese government does not issue formal evacuation orders, the residents in affected areas were encouraged to evacuate as quickly as possible.

Unprecedented rainfall turned roads into rivers, with footage shared by Japan’s NHK broadcaster showing a truck washed away in a torrent of water.

Another photo from the city of Kurume in Fukuoka prefecture, one of the hardest-hit by the disaster, shows a submerged vehicle in the flooded street, with only its roof visible, as rescue workers sail past in a boat. 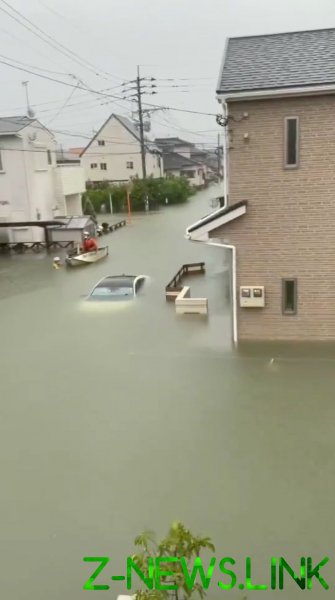 Some locals were seen braving the bad weather, walking through knee-deep water with umbrellas, while rescuers worked to evacuate stranded residents. 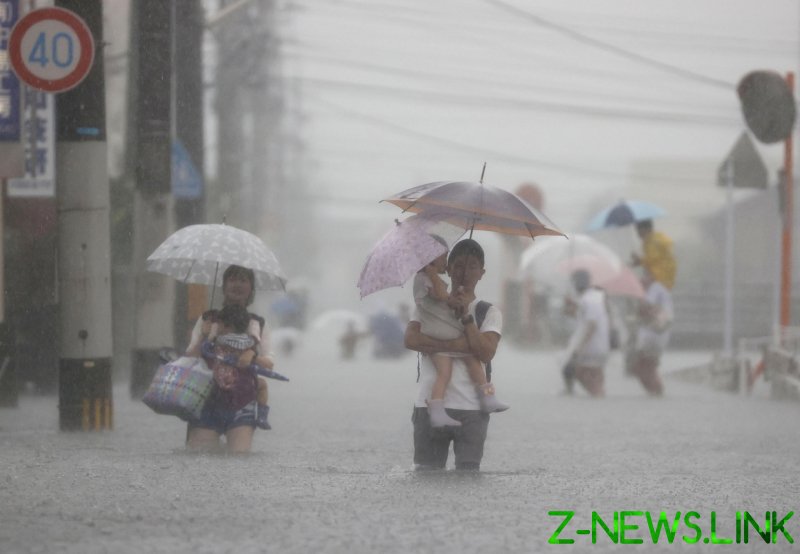 So far, only one fatality was reported from the flooding and at least two people are missing following a mudslide.