Japan has refused to deploy US missile defense systems 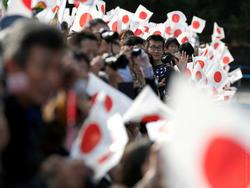 Japan has decided to abandon the plan to deploy the country’s missile defence of the us production of Aegis Ashore. This was announced at a meeting on the security of the ruling liberal democratic party, Japan’s defense Minister Taro Kono, the Agency Kyodo.

According to the Minister, the decision was taken following the meeting of the national security Council headed by the Prime Minister of Japan Shinzo Abe.

15 Jun Taro Kono announced the suspension of the deployment utility facilities in the prefectures of Akita and Yamaguchi. As noted by the Minister, that the decision was due to the threat of falling booster rocket outside of the military base, including an existing risk for the residential areas. As noted by Kono, to correct this deficiency will require additional resources and time.
It was assumed that the complexes will be introduced into the country in fiscal 2025.

June 21 TV channel NHK announced the intention of the Japanese government to abandon the plan to deploy ground-based systems.

Japan adopted the decision on the distribution of Aegis Ashore throughout the country in late 2017. This decision was due to the need to cover the country from possible missile attacks from North Korea.