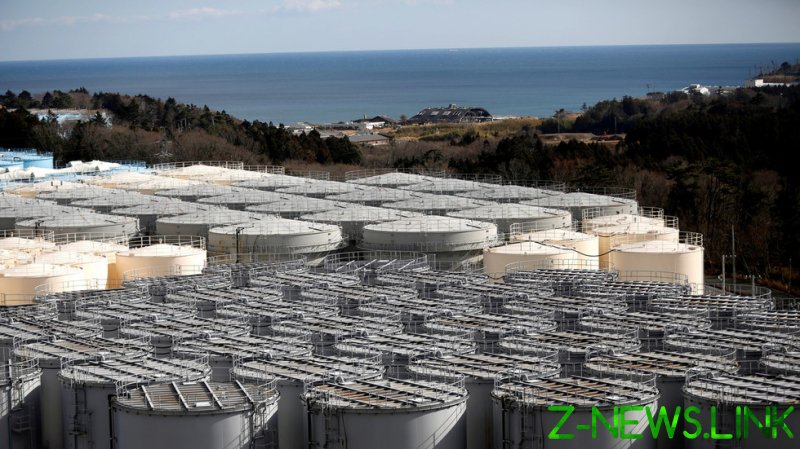 Japan has debated what to do with the rapidly increasing store of radioactive wastewater for years, and now the decision to release it into the ocean could be confirmed by the end of the month.

Currently, Japan houses the water in more than 1,000 tanks, but with 170 additional tons of the radioactive by-product being produced every day, storage space is quickly running out.

It is estimated that all tanks will have reached maximum capacity by the summer of 2022 and Japanese Chief Cabinet Secretary Katsunobu Kato said on Friday that the decision was one they could “not keep delaying,” Kyodo News reported.

The water is used to cool the Fukushima nuclear reactor core, which went into meltdown after the catastrophic 2011 earthquake and tsunami that struck the plant.

The government previously considered building more tanks to house the additional water, or attempting to evaporate the water into the atmosphere, but an advisory panel recommended releasing it into the ocean as the most efficient solution. However, the release process is not expected to begin until 2022 and is likely to take 30 years to complete.

The prospect of an ocean release has reignited concerns among local fishermen who fear it could destroy their industry.

“We are terrified that if even one fish is found to have exceeded the [radiation] safety standards after the treated water is released, people’s trust in us will plummet,” Kyodo News quoted a local fisherman as saying.

Hiroshi Kishi, who heads a confederation of Japanese fishing cooperatives told officials last week that the release could have a “catastrophic impact” on the industry.

Fishing was completely halted following the 2011 disaster, and despite a recent recovery, fishermen in the region continue to face international trade restrictions. South Korea, which still bans all fish imports from the region, has described the proposal as a “grave threat.”

The initial meltdown in 2011 forced the evacuation of 150,000 people from within 20km of the plant as well as from outside areas that experienced high levels of fallout. The clean-up process is expected to take many more years to complete.