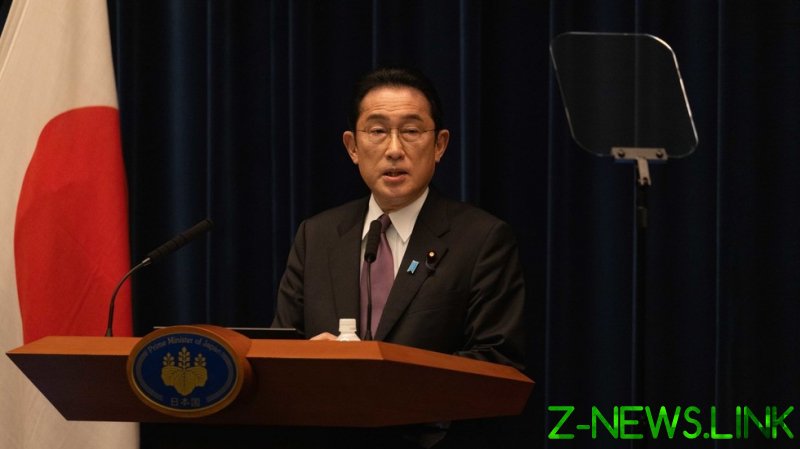 The prime minister said that Japan’s sanctions were imposed over “Russia’s aggression against Ukraine,” and that Moscow was “trying to shift the responsibility for Japan-Russia relations.”

Kishida said Tokyo remains committed to resolving the territorial dispute with Moscow that has prevented the two countries from signing a formal peace deal after the end of WWII. Japan claims four of Russia’s Kuril Islands as its territory.

Russia announced on Monday that it was suspending the talks regarding the Kurils and canceling visa-free trips for Japanese citizens to the islands. Moscow also suspended the talks on the joint economic development of the disputed territories.

“Tokyo bares full responsibility for the damage to the bilateral relations and the interests of Japan itself because it deliberately chose an anti-Russian course instead of a mutually beneficial partnership and good-neighborhood policies,” the Russian Foreign Ministry said in a statement. 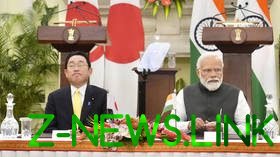 Dmitry Medvedev, Russia’s ex-president and the deputy chairman of the National Security Council, said that the peace treaty talks have become largely “ritualistic.”

“Obviously, we would have never reached a consensus with the Japanese,” he wrote on social media on Tuesday, arguing that Tokyo was well aware of the situation. Medvedev added that, after amendments passed in 2020, the Russian Constitution bans giving any land away to foreign states, with the exception of minor border corrections. “This issue is settled,” the former president declared.

Japan was among many countries that imposed sweeping sanctions on Russia in response to its military campaign against Ukraine, with Tokyo announcing additional restrictions last week.

Moscow attacked its neighbor in late February, following a seven-year standoff over Ukraine’s failure to implement the terms of the Minsk agreement and Russia’s eventual recognition of the Donbass republics in Donetsk and Lugansk. The German- and French-brokered protocols were designed to regularize the status of those regions within the Ukrainian state.

Russia has now demanded that Ukraine officially declare itself a neutral country that will never join NATO, while Kiev insists the Russian offensive was completely unprovoked, denying claims it was planning to retake the Donbass republics by force.