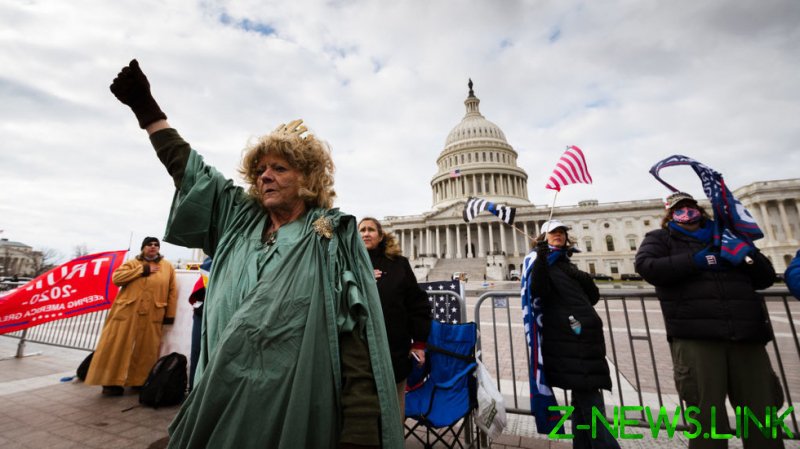 Simply put, Americans learn their “history” from Hollywood. To this day, ‘Saving Private Ryan’ has them convinced that the Normandy landings are what won WWII, which was of course fought to stop the Holocaust, per ‘Schindler’s List.’ It’s no accident that the Biden administration recruited actor Tom Hanks (of ‘Private Ryan’ and ‘Bridge of Spies’ fame) to narrate its “Year One achievements” propaganda video.

So it is to exactly no one’s surprise that a movie is now being made about the January 6 “insurrection” at the US Capitol. In the words of one of its producers, Adam McKay, the “harrowing and terrifying” script is “sure to become the definitive cinematic document on that gut-wrenching day.” 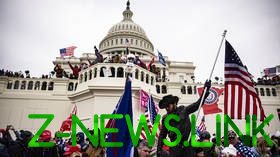 McKay co-wrote, directed and produced last year’s preachy and clunky ‘Don’t Look Up’, which is supposed to be about climate change but utterly lacks self-awareness and repeatedly sabotages its premise. The comedic mastermind behind such meme-able films as ‘Anchorman’ and ‘Talladega Nights’ at some point became a partisan hack, and is now all about the notion of helping produce the “definitive” January 6 narrative.

He was brought on board by Cullen Hoback, who made a documentary series about the QAnon conspiracy theory for HBO, and told Deadline that the “journalistic approach” of the J6 script “will make it more difficult for opportunistic politicians and pundits to rewrite history.” Notice a pattern yet?

The actual scriptwriter for the project is none other than Billy Ray, fresh from last year’s Showtime series ‘The Comey Rule.’ As described here last August, the series was meant to be “the Hollywood distillation of the ‘Resistance’ narrative” of the Trump presidency, based on the self-aggrandizing memoir of sacked FBI Director James Comey.

Obviously intended to whitewash Comey’s role in the Russiagate conspiracy and provide a visual aide to his calls to elect Joe Biden, the show cast liberal icon Jeff Daniels in the titular role, as the noble warrior for truth and justice trying to save America from the scenery-chewing Brendan Gleeson, the Irish heavy cast as President Donald Trump. 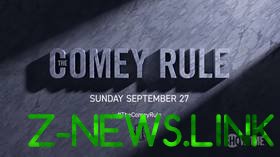 If that doesn’t give enough of a preview of what Ray’s January 6 movie might look and feel like, it is reportedly based on testimonials from Capitol Police officer Harry Dunn and former DC Metro Police officer Michael Fanone, among others. Both have been lionized by the media and Democrats in the aftermath of the riot. Dunn is a prominent Democrat activist himself, while Fanone ended up getting hired by CNN just before the riot’s anniversary.

We may yet be treated to a fictionalized Alexandria Ocasio-Cortez bravely fighting for Our Democracy inside the Capitol Rotunda, even though in reality she was two buildings away.

How is any of this different from the official party line about January 6 – namely that it was an “insurrection” on “sacred” ground of the Capitol, threatening the very survival of Our Democracy? Simply put, it isn’t. Ray, McKay and their associates are obviously and openly attempting to enshrine that alternate-history narrative into “historical truth” using the only vessel they know, a Hollywood movie.

If you’re tempted to say “it’s just a movie,” read the words of the producers behind the J6 project themselves. To them, it clearly isn’t. Keep in mind that politics is downstream from culture. This is a country that reduced its Korean War quagmire to the backdrop of ‘M.A.S.H.’ and turned the character of John Rambo from a critique of the Vietnam War to cope (‘Rambo II’) and later even a propaganda asset (‘Rambo III’).

The Soviet Union did the lion’s share of the fighting in WWII and sacrificed the most lives to defeat Nazi Germany, only for Hollywood – and only later the US government – to effectively erase it from that chapter in history. Propaganda of this kind is serious business. Though its power has been diminished in recent years, it would be a terrible mistake to dismiss it out of hand.