Home / WORLD / January 6 committee to hear from Facebook ‘whistleblower’, who all but accused platform of letting ‘insurrection’ happen – media

January 6 committee to hear from Facebook ‘whistleblower’, who all but accused platform of letting ‘insurrection’ happen – media 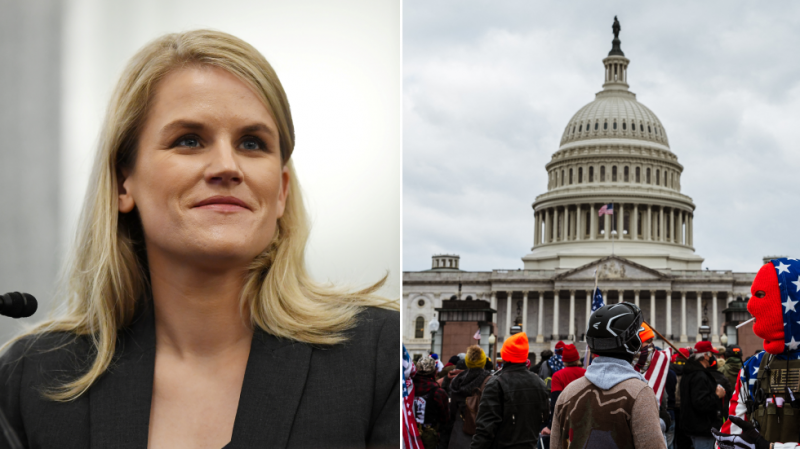 The House Select Committee investigating the January 6 events in Washington, DC may meet Haugen as soon as Thursday, CNN reported, citing three different sources. The development would likely be a shock to no one, considering that Adam Schiff, the chair of the House Intelligence Committee who is also a member of the January 6 probe, tweeted his wish for such a session on Monday.

“The Select Committee will need to hear from her, and get internal info from Facebook to flesh out their role,” Schiff said, sharing a link to a story on the allegations Haugen made during her Sunday interview with ‘60 Minutes’.

Speaking to the CBS program, Haugen made a connection between Facebook’s decision to dissolve its Civic Integrity unit after the 2020 election and the January 6 violence. She explained: “Like, they basically said, ‘Oh good, we made it through the election. There wasn’t riots. We can get rid of Civic Integrity now.’ Fast forward a couple months, we got the insurrection.”

The unit was created by Facebook to tackle threats to democratic elections. Haugen was assigned to it and claims her intention of joining the Facebook team in the first place was to fight misinformation on the platform. The company said the functions of the unit were transferred elsewhere and not abandoned.

The tech giant disagreed with many of the characterizations of company policies that Haugen made during her interviews and this week’s testimony at the US Senate. Speaking to a subcommittee on consumer protection, product safety and data security, she accused her former employer of putting profit interest above all else.

“If social media were as responsible for polarizing society as some people claim, then why are we seeing polarization increase in the US while it stays flat or declines in many countries with just as heavy use of social media around the world?” Facebook CEO Mark Zuckerberg wondered in his response to Haugen’s Senate appearance.

Facebook and other US-based social media have long been accused of failing to protect American society from various ills. After Donald Trump was elected president, popular networks were blamed for spreading ‘Russian misinformation’ by the many peddlers of the Russiagate conspiracy theory, among which Schiff was one of the most prominent and loud voices.

Silicon Valley bowed to pressure and agreed to ramp up censorship. One of the most controversial examples was the collective suppression of an October 2020 story published by The New York Post. It alleged that Hunter Biden was peddling influence on his father, Joe Biden.

Facebook’s Civic Integrity team decided to “reduce… distribution” of the story on its platform pending a “third-party fact checking”. The result of that verification process was never made public, but other outlets confirmed the authenticity of the key incriminating emails reported by the Post.

The January 6 riot, during which supporters of Trump, who disagreed with the outcome of the 2020 election, broke into the US Congress as lawmakers were about to certify it, was another tipping point for social media. They were widely accused of helping the rioters organize the event. Parler, a network that purported to be a free speech platform going against the trend of increased censorship, was effectively kicked off the internet for its alleged role in the January 6 events, after mainstream tech giants refused to provide any services to it.

The ongoing scandal is arguably the worst that Facebook faced since the 2017 revelation of how the firm Cambridge Analytica tricked Facebook users into sharing their personal data, which was later used for targeted political advertising. The 2016 Trump campaign used the company’s services, so the implication once again was that Facebook enabled manipulation of US voters, possibly making the Trump presidency a reality. Whether Cambridge Analytica’s claim that its methods allowed it to swing tight elections was truthful or just a bold marketing assertion remains in dispute.

Haugen’s accusations align with the goals of the Biden administration, which wants its fight against what it deems “misinformation” to be more swift and effective. The White House argued, for example, that someone banned by a single platform should be banned from all of them.

Facebook says it wants increased regulation of the tech industry. Sceptics say the company basically wants to have more restrictions imposed on the industry by the US government because that would protect its monopoly.