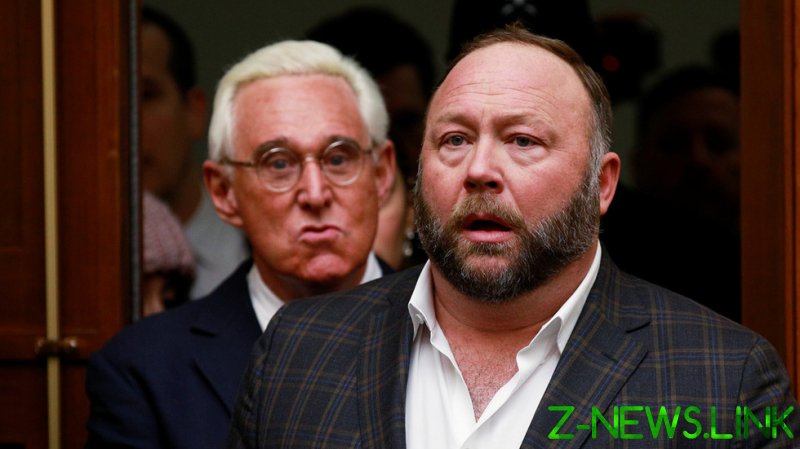 The committee wants to know “who organized, planned, paid for, and received funds” related to pro-Trump protests that escalated into a riot on Capitol Hill, “as well as what communications organizers had with officials in the White House and Congress,” Chairman Bennie Thompson (D-MS) said in a statement.

Stone, a Trump confidant, reportedly spoke at rallies on January 5 and was slated to speak the next day at the Ellipse protest that preceded the march on the Capitol, the committee said. He also solicited support for the rallies and allegedly used members of the Oath Keepers group as bodyguards, including one person who has since been indicted.

Jones, a popular conservative radio host and conspiracy theorist, reportedly helped organize the Ellipse rally and claimed he provided “eighty percent” of its funding, according to the statement. He implied he was in communication with the Trump White House about the planned protests on January 6. The committee is also interested in his promotion of the claim that the 2020 election was stolen from Trump.

Three other individuals who the committee believes can share details of how the protests in Washington were organized and funded are Dustin Stockton and Jennifer Lawrence, a couple who played key parts in the ‘Stop the Steal’ movement, and Taylor Budowich, a Trump spokesperson. Stockton is of particular interest to the investigators due to his reported efforts to warn the White House about the “possible danger” that marching from the Ellipse to the Capitol could pose, the statement said.

Stone responded to Monday’s news by reiterating that he “had no advance knowledge of the events that took place at the Capitol on that day,” and calling any claims to the contrary “categorically false.”

The Capitol Hill riot happened on the day US lawmakers were set to certify Joe Biden’s victory in the 2020 election, to whom Trump has never conceded. Pro-Trump protesters broke into the Capitol Building, where one of them was shot and killed by a police officer, and later engaged in violent street clashes with security forces, during which four more deaths among protesters and police occurred.

The disturbance has been treated by Trump critics as one of the greatest threats the nation has ever faced. Many of his supporters believe the violence may have been facilitated or even instigated by opponents of the former president in the FBI to justify the subsequent crackdown.