Jamaica demands reparations from UK ahead of royal visit – media 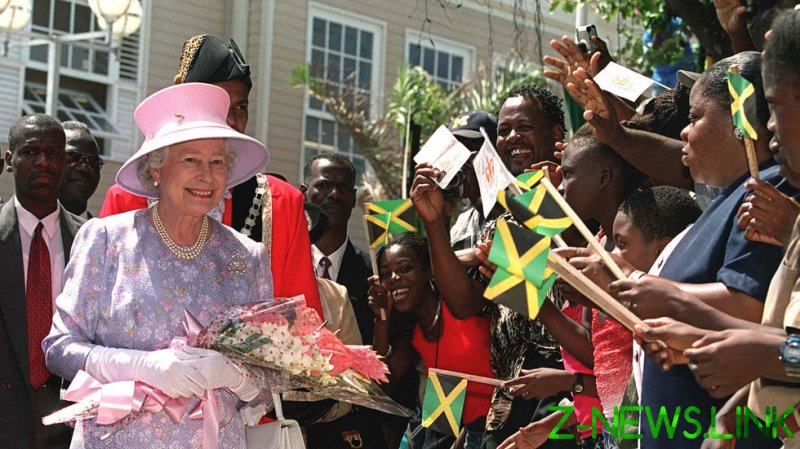 Dozens of prominent Jamaicans have officially rejected a visit by Britain’s Prince William and his wife, calling for an apology and reparations for slavery instead. A growing number are considering breaking ties with the monarchy altogether, as fellow Caribbean island nation Barbados did last year, and sources tell UK media the process of separation may be underway already.

The island nation is already in the process of removing the Queen as head of state, according to sources cited by the Independent, which claimed a “senior figure within the government” had been tasked with transitioning Jamaica to a republic.

Hundreds of protesters gathered to meet the royal couple outside the British High Commission building on Tuesday, and an open letter from a coalition of Jamaican politicians, business leaders, musicians, and other professionals calling itself the Advocates Network was handed over to the High Commission as well. The missive listed 60 reasons why the British monarchy should compensate Jamaica to celebrate its 60 years of independence, and reparations were front and center.

The group aren’t just seeking money – they want “economic social reparation,” like “building us proper hospitals, providing and making sure that our children are educated through college level, and making sure land is equally distributed,” explained human rights advocate Opal Adisa, a signatory to the letter, adding that an apology would be merely the “first step towards healing and reconciliation.”

However, the Advocates Network have clearly had enough of waiting.

“We see no reason to celebrate 70 years of the ascension of your grandmother to the British throne because her leadership, and that of her predecessors, have perpetuated the greatest human rights tragedy in the history of humankind,” the letter reads, calling for “an apology for British crimes against humanity, including but not limited to, the exploitation of the indigenous people of Jamaica, the transatlantic trafficking of Africans, the enslavement of Africans, indentureship and colonisation.”

Culture Minister Olivia “Babsy” Grange addressed members of the Reparations Council on Saturday, calling for them to “step up the pace” on developing a “roadmap to reparation.” Even the opposition party reportedly agrees that the monarchy should atone for the horrors of slavery, though not everyone is on board with the idea of ‘divorcing’ from the monarchy. 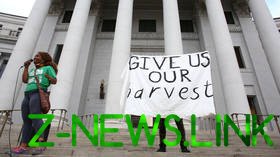 Jamaica became a British colony in 1665, and over 3 million African slaves were trafficked through the transatlantic network of which the island was a major hub before slavery was abolished in the colony in 1838.

While Britain finally paid off the descendants of slave owners for the loss of ‘property’ they endured when their slaves became free human beings in 2015, paying reparations to the descendants of their former property has proved less popular.

Former PM David Cameron, whose family profited from the slave trade, was asked for reparations in 2015 when he became the first British PM to visit Jamaica in 14 years, but he rejected the idea.

The royal tour, set to coincide with the Queen’s Platinum Jubilee marking 70 years on the throne, has been repeatedly described by the UK press as a “charm offensive,” with some experts suggesting it is an attempt to prevent a “domino effect” following last year’s departure of Barbados from the British Commonwealth.

Thus far it seems to have proven more “offensive” than “charming,” with the royal couple chased off their first appointment during their visit to Belize, after protesters objected to their attempted use of “stolen” communal land. A later speech about Ukraine and the importance of “freedoms” came off tone-deaf at best given the context, and the royals will be lucky to escape Jamaica with the Commonwealth intact. The pair are set to visit the Bahamas next.