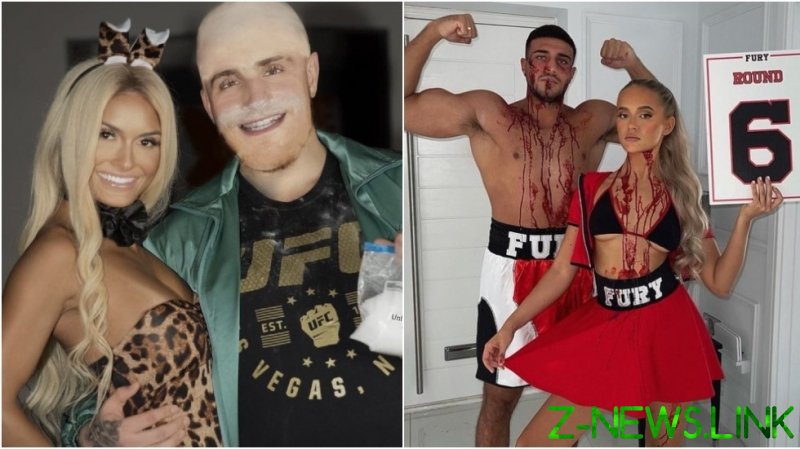 For his millions of social media followers, the wannabe boxer uploaded a photo of him as “Dana White and his hookers” at a Halloween party referencing White’s alleged dalliance with a Brazilian stripper.

This continues a long-running beef with the MMA head honcho. In the past, the pair have feuded on fighter pay administered by White in the elite championship, with the latter taking umbrage to Paul’s choice of boxing opponents.

“When are you gonna start fighting somebody your own f*cking age, your own weight, that actually fights in your own f*cking sport that you’re claiming you’re in?,” White most recently said about Paul, following his criticism when Claressa Shields lost in the PFL to Abigail Montes.

On Friday, though, it was confirmed that wannabe pugilist Paul will settle a grudge with Tommy Fury, the half-brother of heavyweight world champion Tyson, on December 18, with Paul thanking White and saying he “loves promoting my fights for free”.

“Thank you for being part of the announcement and we’re basically the same age, the same height, same reach and the same weight! He’s 7-0 undefeated. I’m 4-0 undefeated and his brother’s the heavyweight champion of the world.

Not finished there, Paul then made an “official announcement” and said it had been confirmed  Russian internet sensation Hasbulla “will be coming to my camp in a few weeks to train and corner me for this fight”.

As their men trade barbs, Paul and Fury’s girlfriends, Julia Rose and Molly-May Hague, have also had a back and forth.