Jailed Russian opposition figure Navalny announces he will go on hunger strike, demands medication & doctor of his own choosing 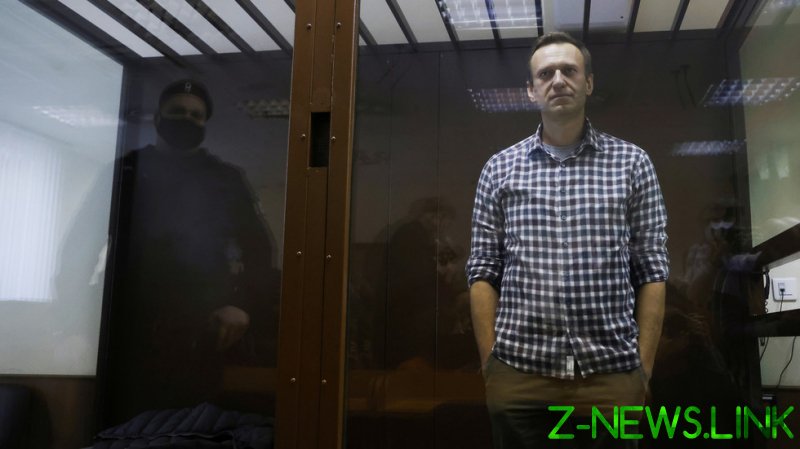 The activist is serving time in jail after being found guilty earlier this year of breaking the conditions of a suspended sentence handed to him in 2014, when he was found guilty of embezzling 30 million rubles ($400,000) from two companies, including the French cosmetics brand Yves Rocher.

Last week, Navalny’s lawyers claimed that the anti-corruption campaigner was in an “extremely unfavorable” state of health and experiencing severe pain. Olga Mikhailova, one of his representatives, described his right leg as “incapacitated.”

Writing on Instagram, the opposition figure accused the prison service of not giving him a doctor or medication.

“The back pain has spread to my leg. Parts of my right leg, and now my left leg, have lost all feeling,” he revealed, claiming he is been tortured by sleep deprivation, with prison guards waking him up eight times every night.

“So what can I do? I am announcing a hunger strike to demand that the law be obeyed and that I am seen by a doctor of my choosing,” he said.

Navalny is serving his 2.8-year sentence in Penal Colony No. 2, located in the town of Pokrov in the Vladimir Region, about 60 miles from central Moscow. According to officials, the activist has undergone “medical examinations,” and was found to be in a “stable and satisfactory” state of health.