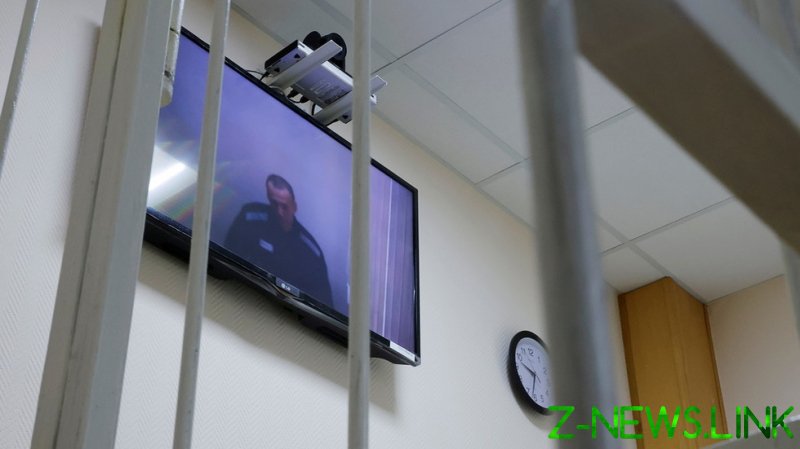 Alongside the Anti-Corruption Foundation (FBK), his national network of political offices and his Citizens’ Rights Protection Foundation were also branded as extremist.

The decision comes six weeks after the same body approved preliminary restrictions against the activist’s organization, pending today’s result. These limits included a ban on posting materials online, as well as a prohibition on organizing rallies and participating in elections.

Now, following Wednesday’s decision, the temporary restrictions will be made permanent, which also means that the groups can no longer use bank accounts, except for the payment of fines and taxes.

Furthermore, a recently passed law means anyone “involved in the activities” of these groups will be banned from being elected to any government position.

According to the prosecutor’s office, the three organizations are responsible for attempting to create conditions to destabilize the country’s socio-political situation, with the aim of “changing the foundations of constitutional order” and even creating a Western-backed “color revolution.” In addition, the prosecutor’s office said these groups carry out work on behalf of foreign and international organizations.

In court, both the Justice Ministry and Interior Ministry voiced their support for the prosecutor’s position, the FBK’s legal team said. Prior to the hearing, FBK lawyer Vladimir Voronin revealed that he was yet to discover the exact grounds for the extremist tag, suggesting that the case materials had failed to name any “clear and unambiguous” activities.

Another FBK lawyer, Ilya Novikov, argued that the organization cannot be deemed extremist because the word “violent” does not exist in the case file. Such a word would suggest that it attempted “bypassing the established order.”

“In my opinion, this cannot be a basis for recognizing an organization as extremist,” Novikov said.

In April, prior to the initial court decision, Navalny’s aide Leonid Volkov revealed that he would be disbanding the opposition figure’s political network, fearing that many of its workers could face criminal charges. Volkov has been based in Lithuania for some time.

Navalny is currently in jail, serving a two-year and eight-month jail term for breaking the conditions of a suspended sentence handed to him in 2014, when he was found guilty of embezzling 30 million rubles ($400,000) from two companies, including the French cosmetics brand Yves Rocher. Prosecutors claimed that he failed to show up when they needed to see him. At the time, Navalny was in Germany, convalescing from an alleged poisoning in Siberia last August, which he claims was ordered by the Russian government. The Kremlin denies any involvement.

Navalny’s supporters believe the extremism designation is an attempt by the Kremlin to dismantle his operation while he remains in jail, and remove all non-systemic opposition ahead of parliamentary elections in September.