Home / auto / Jaguar spoke about the strategy for the future

Jaguar spoke about the strategy for the future 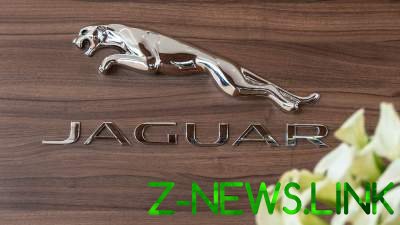 The company will focus on SUVs and electric vehicles.

Despite the expansion of the model range, the situation of the British poor, as in the American market, the sales of the brand in July dipped by 30%.

The reason for this decline in demand for sedans, which is observed all over the world. However, investment in the brand does not stop, and in the future we will be able to see a new generation and a new model Jaguar.

Starting in 2020, all Jaguars will have electrified trucks. This year will see the return of the brand to basics – a 3.0-liter inline “six”. Of course, there will be another model that will complement a number of crossovers, and it received the name J-Pace that was registered in mid-summer.

Despite the relatively low demand for the F-Type (for the first half of 2018, around the world, sold only 1348 machines), it will remain in service until at least 2020 the same year. His replacement will come a new model, most likely with a gasoline-electric powertrain and it could go on sale as the car 2021. With the purpose of economy of means F-Type will use the platform X7A from the XE sedan.

Jaguar XE, which has become perhaps the biggest disappointment of the British brand under Indian wing is in need of significant upgrading. And most likely, the restyling will occur by the end of next year.

2018 Jaguar XE SV Project 8 is the fastest sedan on the Nurburgring and most powerful model in the brand’s history
To be expected, and more athletic version of big electric crossover I-Pace, which at the moment competes with the creation of Elon musk of Tesla Model X. Probably, according to tradition, the “charged” version will be “the name” I-Pace and SVR to debut around 2021 or later.

See also:  The Ukrainians cheered Putin's statement about the fight against corruption in Russia

The best-selling car, SUV F-Pace, through which rise sale, get plug-in hybrid version next year. It is not necessary to exclude the possibility of the presentation of the more driverkey picking SV / SVR.

Also in the lineup the Brits have and Executive sedan XJ. Finally, registered trade name J-Pace can turn into a soplatformennika Range Rover with an aluminum body and electrified propulsion systems. The appearance of the production model is expected by 2022.