Home / auto / Jaguar has created a car of the future

Jaguar has created a car of the future

Despite the fact that this concept is Jaguar does not come directly from the British automaker, the technology that apparently would appear, is something that we certainly would like to see on most cars in the future.

Starting with the look of this conceptually car, its designer, Spencer Kim, who shared your work with Behance, went for a very futuristic look which looks good, but it is unlikely in this form it can be seen in a production car. In the end, this concept is even quite make sense. Inherently Space-Type is an electric Autonomous vehicle, inspired by astronomy and aviation. Meanwhile, its smooth contours and a purple “smart glass” enhance the bold looks.

Finding inside of this concept, as expected, it looks like you’re on Board. As smart glass extends from the front to the back, passengers see the sky, while the car does all the driving instead of a real person-the driver.

One of the features that we really like is a simple mechanism to the landing, where the seats are raised to help passengers get in the car or out of it. According to its designer, the Space-Type is also controlled by the system based on artificial intelligence and comes with features total mobility. This is all what I’m talking about the automakers, when they discuss their plans for the future, although we’ll have to wait a bit before we’ll see most of them on production cars.

See also:  In Denmark built a prison of the future. Photo 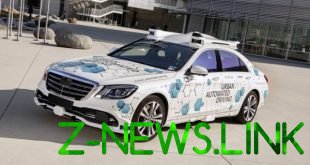