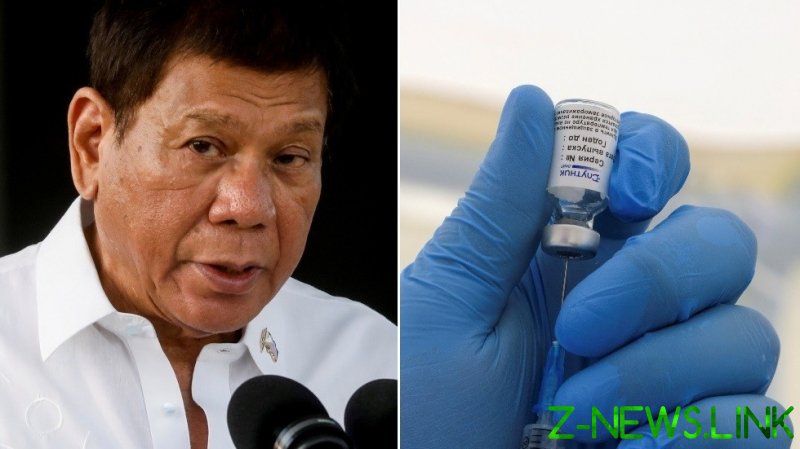 The unorthodox approach to boosting vaccination rates was touted by Rodrigo Duterte during his latest ‘Talk to the People’ address on Monday. “I know many people are still hesitant,” the president said, as quoted by local media.

The president added that he was ready to personally lead the nocturnal immunization raids.

The suggestion, which was hopefully a joke, came as the Philippines president was trying to convince the public to take the vaccine. On the same program, Duterte took personal responsibility for his government’s failure to secure enough doses for a swifter vaccine rollout earlier this year, but noted that even a limited campaign had reduced the spread of the disease.

The outgoing president is no stranger to using harsh methods to deal with various issues. He infamously introduced a violent police crackdown on drug crimes, which critics say amounted to mass extrajudicial killings. Earlier this month, the Justice Department said 154 cops involved in the war on drugs may face criminal charges for overstepping their authority. The International Criminal Court, which is conducting its own investigation, says the scale of alleged police crimes was much higher, with the number of victims numbered in the tens of thousands.

Duterte has previously suggested a strong-arm approach to vaccine refuseniks. In June, he said those who won’t take the jab should leave the country or be jailed and jabbed by force. “I’ll have you arrested [and] then I’ll inject a vaccine into your buttocks,” he warned at the time.