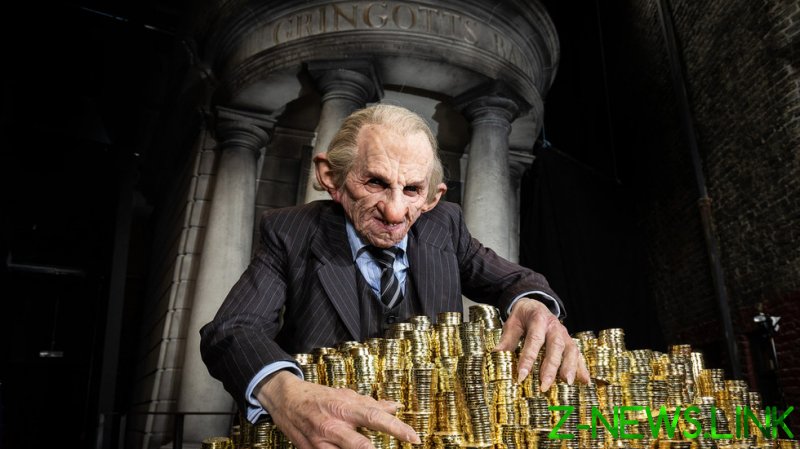 In a recent edition of his podcast ‘The Problem with Jon Stewart’, the comedian claimed it was “so weird” that people had not realized and reacted to J.K. Rowling’s use of “anti-Semitic” imagery in her characterization of Harry Potter’s bankers.

Stewart suggested that the goblins who run the underground Gringotts bank resemble an illustration in an anti-Semitic book from 1903, entitled ‘The Protocols of the Elders of Zion’.

In a rambling monologue, the American comedian appeared to suggest that Rowling was probably aware of the 1903 work and wanted to incorporate the “anti-Semitic” imagery into her children’s book.

“J.K. Rowling was like, ‘Can we get these guys to run our bank?’ It’s a wizarding world… we can ride dragons, you can have a pet owl… but who should run the bank? Jews,” he said.

Stewart said he was surprised that no one else had thought the same when watching the movies.

“It was one of those things where I saw it on the screen and I was expecting the crowd to be like, ‘Holy shit, [Rowling] did not, in a wizarding world, just throw Jews in there to run the f**king underground bank,” he continued.

The former TV host is not the first person to liken the Gringotts bankers to anti-Semitics works. Children’s author Marianne Levy, writing for the Jewish Chronicle in 2019, claimed Gringotts screenshots would not appear out of place among a series of cartoons from Nazi Germany’s Der Sturmer.

Rowling herself has been accused of anti-Semitism in the past, with some claiming the pure-blood world of magic is clearly inspired by the Nazis.