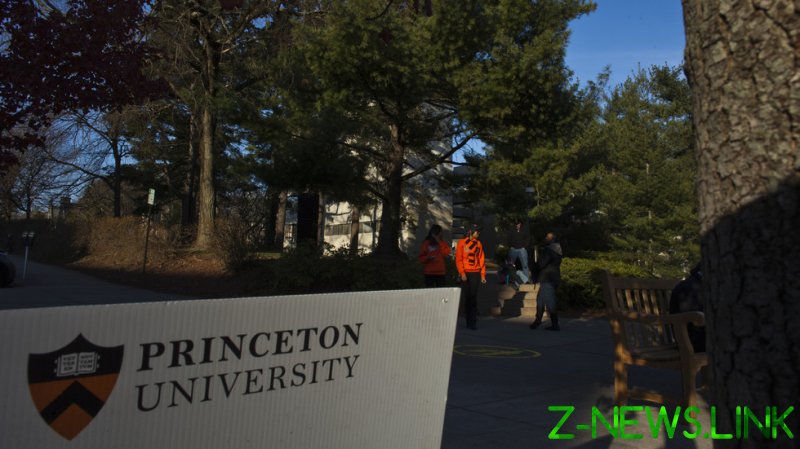 The controversy was sparked by a recent op-ed in the Philadelphia Inquirer which demanded an apology and “reparations” from the Penn Museum, an archaeology and anthropology museum that is part of the University of Pennsylvania, for keeping the bones of one, and possibly two, children who were killed by police more than 35 years ago.

In 1985, Philadelphia police dropped a bomb from a helicopter onto a home belonging to members of MOVE, a black liberation organization, following a gun battle. The resulting inferno killed eleven people, including five children from the ages seven to 14.

The remains in question – a pelvic bone and part of a femur – were retrieved from the site and handed over to a Penn anthropology professor, Alan Mann, who was hired by the city medical examiner’s office to conduct an analysis. Although the bones were never identified, it’s believed they could belong to two girls aged 14 and 12. The remains were never claimed by anyone and for a time they were stored at the Penn Museum.

Mann then took the bones with him when he joined Princeton University’s faculty in 2001, but later returned them to Penn Museum in 2016 in hopes that a new anthropology lab there could finally identify the remains. It’s believed that they were then transferred back to Princeton.

In 2019, Princeton featured the bones in an online course, ‘Real Bones: Adventures in Forensic Anthropology,’ which focuses on “lost personhood” – cases where remains cannot be identified due to decomposition or other factors.

In one video lesson, the course’s instructor, Janet Monge, an adjunct professor of anthropology at the University of Pennsylvania, describes the remains as “juicy, by which I mean you can tell they are the bones of a recently deceased individual.” She continued: “If you smell it, it doesn’t actually smell bad – it smells kind of greasy, like an older-style grease.”

She goes on to explain that she felt “unsettled” by the 1985 tragedy, and noted that MOVE was still active in Philadelphia.

Today it’s unclear where the remains are. The University of Pennsylvania said the remains were returned to Mann at Princeton University, but Princeton has denied that it has the bones. Mann, who is now retired, has not responded to media inquiries.

In an interview, Carolyn Rouse, the chair of Princeton’s anthropology department, defended her colleagues.

“This is no controversy. This is a problem to be solved,” she told the Philadelphia Inquirer. “There’s no racism. This was a forensic investigation and nobody came to claim the remains.”

She said that Mann and Monge were “traumatized” by their experience trying to identify the remains. “They were advocates for these people, and they were horrified by what the city did,” Rouse noted.

Some media reports have highlighted the fact that the bones were apparently used without permission. But it appears that no relatives have ever attempted to claim the remains. A MOVE member claimed earlier this week in an interview that her organization had never been contacted about the bones. The Penn Museum says, however, that it made several failed attempts to contact MOVE about the bones.

The controversy spilled over into social media, with many people expressing disgust over how the bones were being used. One commenter described it as “desecration,” while another said the professors had “played” with the bones.

Journalist Kat Stafford said that the story shows why black Americans have “valid mistrust” in institutions and systems.

“The realization that the brutality some Black Americans endure extends even into death … Horrific,” she wrote.

The 1985 tragedy and its aftermath show that black lives don’t matter to the “elite,” argued another observer.

Some seemed to be more angry at the media over the story, claiming that it was being used to divide people.

Another reply admitted that they were too upset by headlines about the remains to actually read about the controversy.