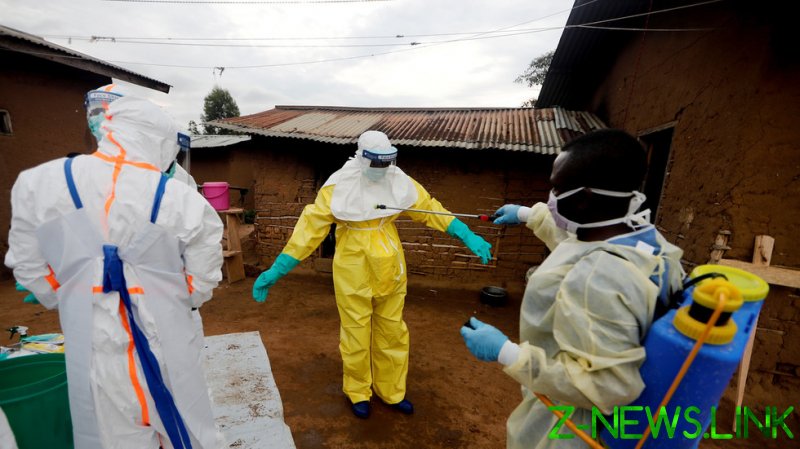 A patient who had recently travelled from Guinea tested positive for Ebola, Côte d’Ivoire’s ministry of health confirmed on Saturday, the WHO reported. The patient was hospitalized with fever after arriving in Abidjan, the country’s de-facto capital and its biggest city, earlier this week.

“It is of immense concern that this outbreak has been declared in Abidjan, a metropolis of more than 4 million people,” Dr Matshidiso Moeti, WHO’s Regional Director for Africa said in a statement.

The case became the country’s first since 1994, when an ethnologist got infected with the virus after performing a necropsy on a sick chimpanzee. Côte d’Ivoire was spared during the 2014-2016 West African Ebola epidemic that originated in Guinea and claimed at least 11,325 lives, with cases reported in the US and UK.

Since then an array of Ebola outbreaks have been reported, in particular, in the Democratic Republic of Congo, which experienced its fourth outbreak in fewer than three years earlier this May. Guinea, however, reported its first outbreak of the disease since the epidemic only in February this year, sparking renewed fears about a potential repeat of the 2014-2016 scenario. In March the WHO estimated the risk that the Ebola outbreak would spill over to the neighbouring countries, including Côte d’Ivoire, as “very high.”

It’s not clear if the newly detected case can be traced back to the Guinea outbreak, which was declared officially over in June, with the WHO noting on Saturday that “there is no indication that the current case in Cote d’Ivoire is linked to the earlier outbreak in Guinea.”

As part of its effort to curb the spread of the virus, the WHO said it would transfer some 5,000 Ebola vaccine doses, initially earmarked to Guinea, to Côte d’Ivoire. The jabs will be administered to health workers, first responders and known contacts of the Ebola-positive patients.

Noting that it would also send a team of experts to assist with contact tracing, treatment and community outreach, the WHO argued that a travel ban should not be imposed on the country, while urging Cote d’Ivoire against shutting down its own borders.