Home / WORLD / ‘I’ve never been in such good shape’: Miesha Tate shows off killer body ahead of UFC comeback (PHOTOS)

‘I’ve never been in such good shape’: Miesha Tate shows off killer body ahead of UFC comeback (PHOTOS) 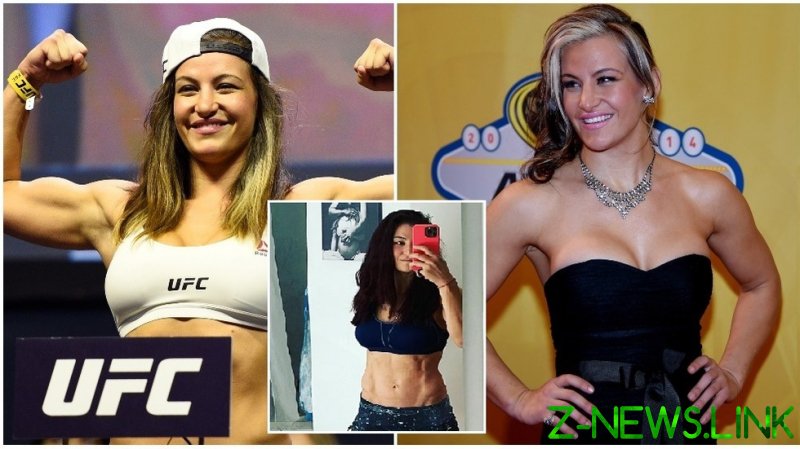 Known as ‘Cupcake’, Tate uploaded visual proof of remarkable progress to her 2 million followers on Instagram.

Taking a selfie in the bathroom, it shows Tate with a ripped six-pack which is even more impressive considering she only gave birth to her second child, son Naxton, just over a year ago on June 14, 2020.

Speaking to My MMA News last week, Tate’s foe Reneau, who has guaranteed the clash will be the last in her 11-year career, told of the “whirlwind of blessings” her journey has been.

“I think every fight, every coach, every training camp, has taught me some lessons.  I’ve developed a thicker skull, a better understanding for people, a better [understanding] of myself.  I think all around, it is the best thing that has ever happened to me besides the birth of my son,” said the 43-year-old school teacher.

“You know, I don’t, honestly, I don’t go into a fight and think about that. You know what I mean? Think about the here and now,” she insisted, when asked if she might take Tate to a decision win on the judges’ scorecards.

“I just don’t think about now because it’s been brought up a lot and I was like, ‘Hey, stop talking about it.’ I don’t even allow my own corner, my own coaches to talk about it. I’m like, ‘We still have one more to go.’ And she is tough. She has knockout power. She’s a gamer. She presses forward. So like, that’s not talking about that right now. We still have one more in us.”

“I thought that was an amazing amount of respect,” Reneau admitted, after being probed on how it felt when Tate said she’d be ‘honored’ to fight her.

“And obviously I have a ton of respect for her in the game. I actually…though when I say this, people could take it [the] wrong [way], but I grew up in the sport of MMA.”

“Although I am older than her, I recognize that, I was watching her before I was fighting. I started later on in my life. I started when I was 29, 30 years old. So I grew up in this sport, watching the Miesha and actually wanting to fight her.

“[It’s] so ironic how I say this, and I said it over and over, how things come full circle. And I feel like all the dots are connected where they moved to be. And I’m where I need to be, exactly at the moment I need to be here.”