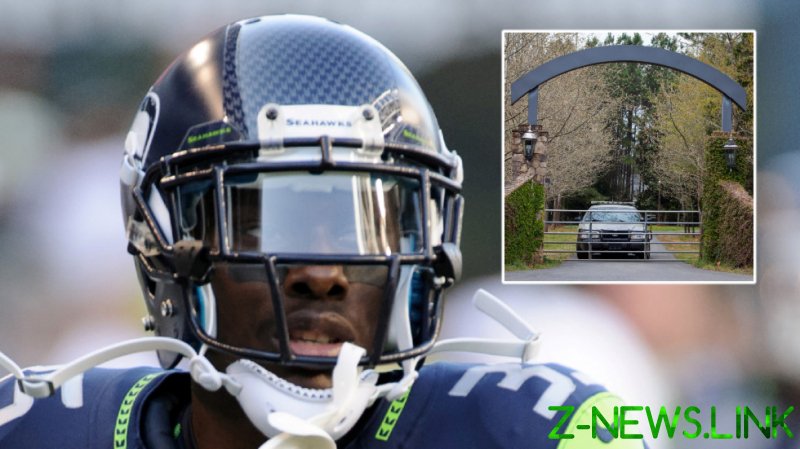 Lessle, his wife Barbara and two grandchildren aged nine and five, as well as air conditioning contractor James Lewis, were pronounced dead at the scene of Thursday’s shooting in the Rock Hill area of South Carolina, 25 miles outside of Charlotte.

Former NFL defensive back Adams, 32, was named as the primary suspect in the shooting and was found in a nearby house after a brief manhunt, where he fatally shot himself with a .45 caliber handgun.

A sixth victim was transported to hospital with what was described as a “serious gunshot wound“. AP has now reported that 38-year-old Robert Shook has died after a two-day battle for his life at a hospital in Charlotte.

Shook’s family had previously told The Sun that he had “lost a lot of blood” and had a “long road ahead of him” after receiving multiple gunshot wounds in the violent encounter.

It is understood that Shook was also working on the air conditioning unit at the Lesslie home when Adams began his shooting spree at around 4pm local time.

Moments after the shooting, Shook managed to call his employer, who subsequently alerted the authorities.

“And I ask him where the other one is. He said he’s laying there and he’s unresponsive and he was also shot.”

Shook underwent emergency surgery to repair wounds to his stomach and colon but ultimately succumbed to his injuries on Saturday evening.

York County Sheriff Kevin Tolson told local media of his sadness at Shook’s passing, saying: “We all had hoped and prayed that Robert Shook would survive this.

“We are deeply, deeply saddened.”

A motive for the shooting has yet to be announced but numerous reports online indicate that Adams was at one point a patient of Lesslie’s.

It was announced on Saturday that Adams’ autopsy will include a probe to determine if he was suffering from the degenerative brain disorder CTE – a disease which has been found to be prevalent in NFL players, with symptoms including alarming changes in mood and personality and a proneness to rage-like behavior.