Home / WORLD / It’s up to Washington to rescue rock bottom relations with Russia, Moscow insists after US envoy visit

It’s up to Washington to rescue rock bottom relations with Russia, Moscow insists after US envoy visit 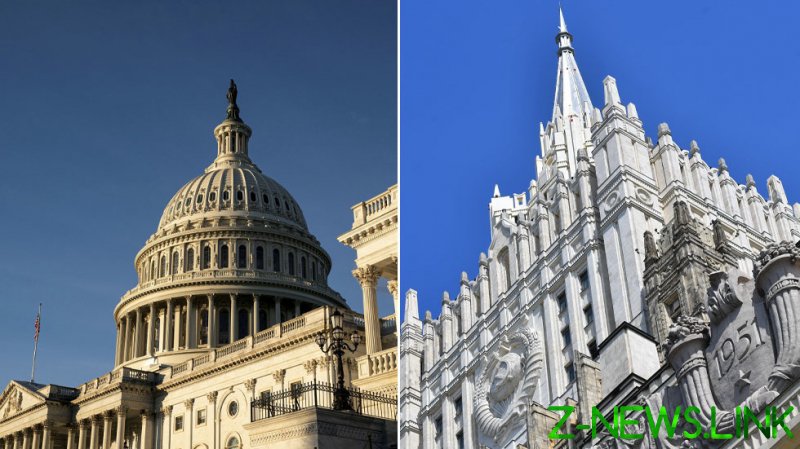 According to Zakharova, Nuland has a “specific task” to solve the impasse over travel permits, which has seen American diplomats cease to process all non-immigration visas from the country since May. Instead, Russians have been told to apply for entry to the US through a ‘homeless nationalities’ scheme. Washington blames the situation on a ban on hiring local and foreign staff, and has suspended work in its Yekaterinburg and Vladivostok consulates.

“If they want to move on from this, into any future state of normal bilateral relations, including in this area, they must undertake a number of practical steps,” Zakharova went on, saying US President Joe Biden’s administration has it within its power to fix the crisis.

“They need to unblock the situation in which they’ve run themselves into a dead end.”

On Saturday, Russian Deputy Foreign Minister Sergey Ryabkov added his voice to the growing row, saying the negotiations he led with Nuland had simply led to both sides restating their long-held positions. “There is no progress and, it seems, none is expected,” he said.

The US State Department has previously said its 120-strong staff at its Moscow embassy amounts to only a “caretaker presence.”

Moscow’s Foreign Ministry said at the time that the warning “looked like a manifestation of the archaism and inefficiency of American consular and diplomatic services.”