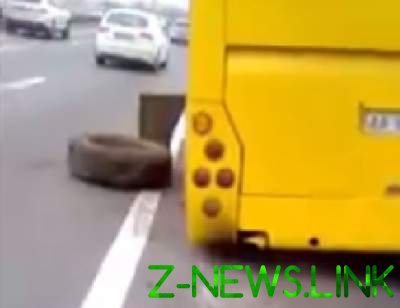 Kiev residents are outraged that the buses are released for flight in a failed state.

In Kiev the bus №21 on the move came off the wheel, but the driver did not notice.Video appeared on the community page “Troyeshchyna VK” in Facebook.

“The driver 21 bus did not even notice that they lost the wheel,” reads the caption to the video.

See also:  Parubiy promised to investigate the incident in the hall of Parliament

Note, the bus runs from the metro station “Petrovka” to the street Miloslavskaya (Troyeshchyna).

The network actively discussing the video.

“Sometimes they are really scary ride”; “21-I bus – it was pretty brutal”; “And for that much to pay the fare”; “This fiasco”; “How so you can get the flight?” outraged users.