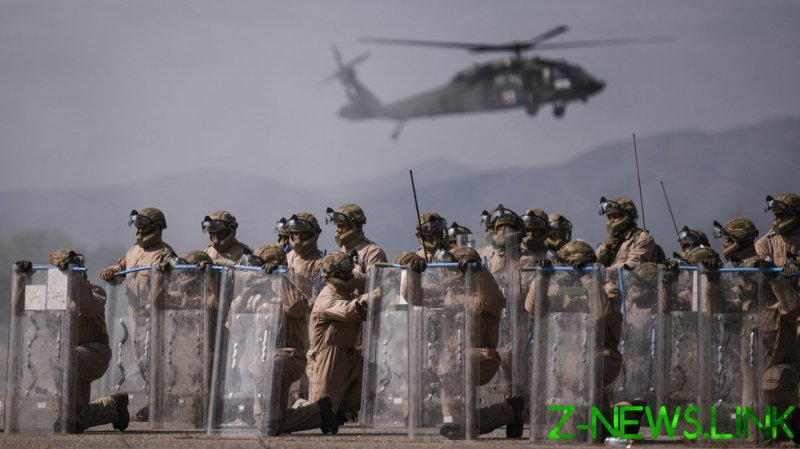 As the last US military helicopters were leaving Kabul, Afghanistan, many, including myself, emphasized the similarities with America’s embarrassment in Saigon, South Vietnam – but one parallel that few dared to draw was with Kosovo.

When I merely asked “Is Kosovo next?” on Twitter, it sent Albanian media outlets into a frenzy. Kosovo’s Albanian majority celebrates NATO troops as saviors – NATO bombed Serbia to take away control of its Southern province of Kosovo in 1999. Since then, NATO has been sponsoring a nation-building project that seemed to have culminated in 2008, when Kosovo’s provisional authorities declared independence from Serbia.

It wasn’t an ‘end of history’ moment. Serbia and much of the world didn’t recognize Kosovo as an independent country, and Kosovo itself remained heavily dependent on Western aid and military support. Most Albanian politicians are aware of this and they are highly obedient with regards to NATO, whose KFOR troops are ‘keeping the peace’ in Kosovo.

However, NATO has overstepped its mandate. UN Security Council Resolution 1244, which put an end to NATO’s war with Yugoslavia, guarantees Serbia’s sovereignty over Kosovo, while NATO has pushed for an independent Kosovo from day one of their occupation. The resolution also called for the return of an agreed number of Yugoslav and Serbian personnel to maintain a presence at significant sites and key border crossings. NATO has never allowed this to happen. The last Serbian prime minister who called for this agreement to be honored was assassinated in 2003, a little over a month after his request.

On the other hand, what are the results of NATO’s nation building in Kosovo? Close to a 30% unemployment rate. One of the poorest areas of Europe, with as much as 45% of the population living below the official poverty line, and 17% being extremely poor. Former Kosovo Liberation Army terrorists, some accused of trafficking weapons and human organs, replaced their military uniforms with politicians’ suits and are governing the entity. The previous president of Kosovo, nicknamed ‘The Snake’, is currently being tried for war crimes and crimes against humanity at The Hague. He’s the one who unveiled the Bill Clinton statue in Kosovo’s capital. Bill then came to celebrate with ‘The Snake’.

Kosovo’s recent license plate row with Serbia was just the latest example of a leadership in Kosovo incapable of dealing with real issues, but rather going into conflict to cover its incompetence. Instead of negotiating with Belgrade, Kosovo unilaterally used force to implement the removal of Serbian license plates. And all that NATO was willing to contribute to deescalate the tensions was to offer its KFOR troops to replace Kosovo’s special unit, without even trying to resolve the essence of the dispute. What is NATO still doing in Kosovo?

Probably the same thing it was doing in Afghanistan. Hoping a bad decision to go in will eventually pay off somehow. But it won’t. It didn’t in Vietnam, it didn’t in Afghanistan, and it won’t in Kosovo. So it’s time for NATO to start packing its bags.