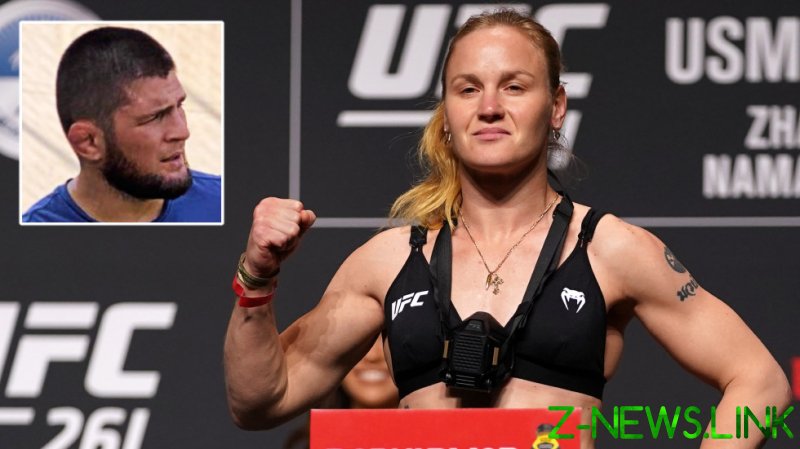 The former lightweight ruler’s comments, which were made at a press conference to promote his Eagle Fighting Championship, have seen Nurmagomedov blasted by a litany of MMA figures including former octagon rival Conor McGregor.

Ahead of her title defense against Lauren Murphy at UFC 266 in Las Vegas on September 26, Shevchenko has waded into the row.

“It’s a huge part of any promotion,” insisted ‘The Bullet’ in an interview with Fanatics View.

“But what the promotion do is creating all of this. And ring girls are definitely part of it.”

Nurmagomedov emphasized that he was keen not to offend before being scathing of the scantily-clad promotion girls.

“Ring girls are the most useless people in martial arts,” he said. “What is their function? You can show that it is the second round on the screen.

“Do they develop a sport? Or [do] they help people to see that it is the second round now? What are they doing? Tell me, please.

“If we look in the history, it says they are useless. That is my personal opinion.”

Nurmagomedov also revealed that he had felt uncomfortable in the presence of ring girls at an event he attended with his late father, revered coach Abdulmanap.

“And to say they don’t belong to martial arts, it’s so bad. It’s so not right because they are. They are part of it.

“And it’s kind of like, without all of this, any fighter would not be in the position of where he is right now… All these little details, they fulfill the full picture.”

With a win over Murphy, Shevchenko will prolong her reign as one of the UFC’s most dominant champions.

Since being crowned at UFC 231 by beating Joanna Jedrzejczyk, she has staked her claim to be known as the sport’s greatest ever fighter at 125 pounds, spending close to three years at the top of the division.