Home / WORLD / ‘It’s OK when we do it!’ America calling out China for protecting its national interests in Africa is the height of hypocrisy

‘It’s OK when we do it!’ America calling out China for protecting its national interests in Africa is the height of hypocrisy 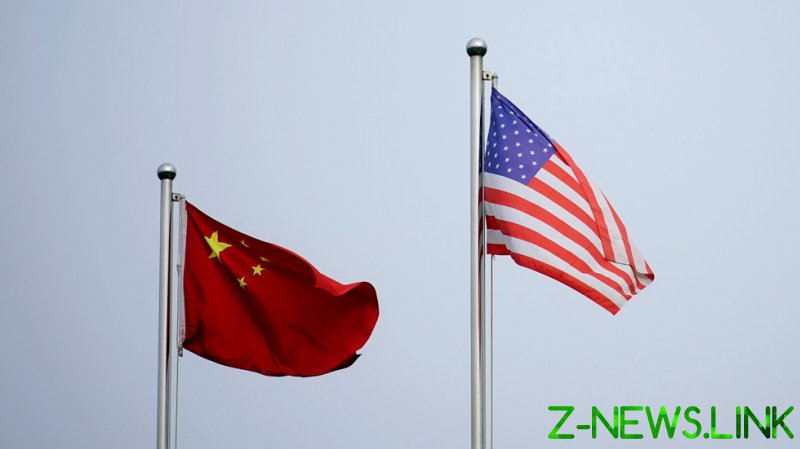 The commander of US Africa Command, General Stephen Townsend, in an interview with the Associated Press, has expressed concerns about reports that China may be seeking to establish a naval port facility on Africa’s west coast capable of basing warships that could be used to project naval power into the Atlantic Ocean. “They’re looking for a place where they can rearm and repair warships,” Townsend said. “That becomes militarily useful in conflict.”

Townsend, who heads an organization which, in 2019, maintained 29 US military bases in 17 different African countries supporting more than 6,000 US troops, voiced concerns over a theoretical expansion of the Chinese military footprint in Africa, which currently consists of a single naval facility in Djibouti believed to contain 2,000 Chinese military personnel.

Townsend has, in past testimony to Congress, detailed the strategic importance of Africa to the United States as a means of justifying his organization’s existence. Africa’s global strategic importance, Townsend said, comes from the need to secure the flow of commerce through the Red Sea, and protecting access to the Middle East, Indian Ocean, and South-East Asia. These pathways, Townsend noted, “are essential to global trade” insofar as they “facilitate one-third of the shipping between North America and Asia, and one-third of global oil shipping.” In short, Townsend concluded, “US and global security depend on unhindered access to these waters.”

Townsend, in the same testimony, acknowledges that China has invested heavily in African infrastructure and development, far outpacing the US and its allies in this regard. China maintains a larger diplomatic footprint in Africa than the US, reflective of the high priority it has placed on gaining access to resources and markets that help spur Chinese economic growth and increase the country’s reach and influence. Townsend testified that there is a direct link between China’s economic expansion in Africa and the intent on the part of the Chinese leadership to forward deployed military resources to secure China’s geostrategic interests.

Townsend’s assessments are not too far removed from official Chinese policy positions, which note that the Chinese navy has a responsibility to protect China’s access to critical sea lines of communication (SLOCs) and maritime chokepoints as an expression of Chinese national security interests, which include ensuring access to supplies of crude oil from the Middle East to protect Chinese energy security, defending China’s growing expatriate community in the region, and protecting China’s considerable overseas investments.

What Townsend ignores is that, in seeking to use its military to protect its economic and geo-strategic interests, China is simply taking a page out of the same playbook that drives the operations of organizations like US Africa Command. Chinese military officials have noted that the US success in defending its global interests is predicated on the establishment of military bases around the world, which the Chinese refer to as “strategic islands.” These bases allow the US to control the world’s critical SLOCs and chokepoints and, in doing so, achieving unprecedented maritime hegemony.

To protect China’s economic and energy interests, Chinese military officers have been arguing that China needs to develop and deploy its own carrier battle groups to so-called “strategic fulcrum ports” at critical areas around the world. The Chinese military installation in Djibouti, cited by General Townsend, represents one such facility. Currently designed to support a modest four-ship flotilla, the goal appears for the base to eventually be able to host a Chinese carrier battle group. It would seem logical, therefore, that if China were seeking to establish a base on the west coast of Africa, that it would possess similar capabilities.

General Townsend’s concerns over a possible Chinese interest in acquiring a naval base on Africa’s west coast, in the face of America’s own forward-leaning military posture in the region, are hypocritical in the extreme. The reality is that China’s investment and strategic interest in Africa is greater than that of the US. The US, however, has no compunction about establishing military bases throughout the African continent to protect its interests. It is the height of hypocrisy for any US official, let alone a general officer responsible for military power projection on the African continent, to call out China for seeking to implement similar policies based upon similar assessments regarding the strategic value of Africa.  It appears that when it comes to defending a nation’s vital national security interests, what is good for the goose is not, in fact, good for the gander.