Home / WORLD / ‘It’s nothing like what Nazis did’: Conservative host Glenn Beck gets roasted for saying Big Tech is setting up a ‘digital ghetto’

‘It’s nothing like what Nazis did’: Conservative host Glenn Beck gets roasted for saying Big Tech is setting up a ‘digital ghetto’ 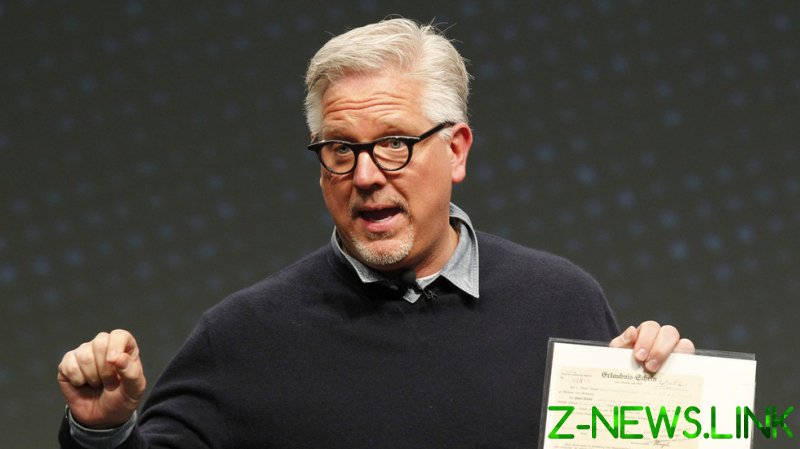 In the wake of the storming of the US Capitol by Trump supporters, Apple and Google removed Parler, a social network popular with conservatives, from its app stores, and Amazon cut the company off its servers, forcing Parler to go offline. Trump himself was banned from Facebook and Twitter.

In light of these events, Carlson asked Beck about the risks conservative media companies like the Blaze, which Beck had founded, are currently facing from Big Tech. Beck began by comparing the situation with the internment of the Japanese Americans during WWII.

“We made one of the biggest mistakes of the 20th century by taking our own citizens and confiscating their wealth, making sure they couldn’t work, shutting them down, and then – putting them in camps. Tucker, this is the road we’re on again,” Beck said.

He then drew a comparison with the persecution of Jews by Nazi Germany.

“You can’t have freedom of speech if you can’t express yourself in a meaningful place. This is like the Germans with the Jews behind the wall. They would put them in a ghetto. Well, this is the digital ghetto,” Beck said. “You can talk all you want. Jews, you do whatever you want behind the wall. Well, that’s not meaningful. And that’s where we are. That’s where millions of Americans will be.”

He later clarified: “And again, it’s not to compare it to the Germans. It is not to… do anything but warn – if you don’t stand up for free speech, you will be the one that loses it as well.”

Beck’s remarks immediately sparked backlash from Jewish groups. The American Jewish Committee said the “constant weaponization of history’s darkest chapter is deeply offensive and an affront to the six million Jews who perished in the Holocaust.”

Hate crime watchdog StopAntisemitism.org pointed out that Jews were subjected to murder and starvation in the ghettos during the Holocaust, “Glenn Beck’s digital ghetto” is about “not being able to tweet.”

“This is nothing like what the Nazis did to the Jews and if you think that you’re an absolute moron,” CNN host Jake Tapper said.

Users on Twitter blasted the conservative radio host for the “horrible” comparison, with some posting historical photos from the Holocaust.

In his defense, Beck said that the terms ‘digital ghetto’ and ‘algorithm ghetto’ were first coined by Jewish historian and investigative journalist Edwin Black in 2018.

“I was concerned – and I remain even more concerned – that the activities of the oligarchs of digital control are, in fact, trying to shunt us into digital ghettos,” Black said on Beck’s show.

Beck’s remarks came amid a string of references to Nazi Germany in recent weeks.

President-elect Joe Biden compared Republican Senators Josh Hawley and Ted Cruz to Nazi propaganda minister Joseph Goebbels, while Arnold Schwarzenegger compared the storming of the Capitol to Kristallnacht, a series of state-sanctioned pogroms across Germany and Austria in 1938.