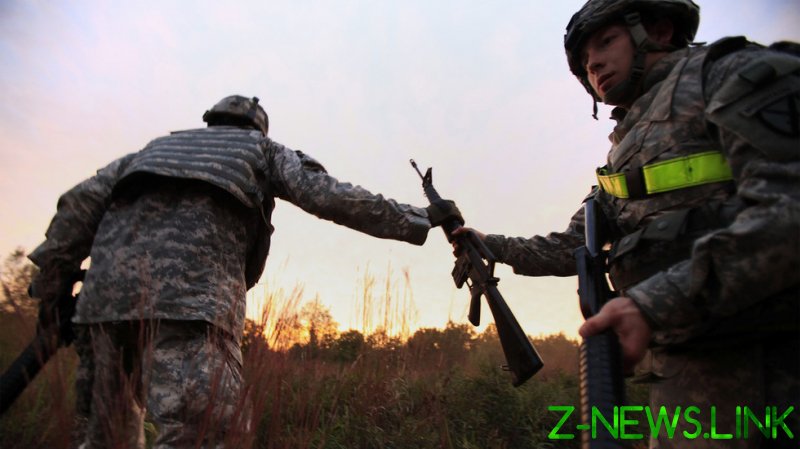 Testifying at a Senate committee hearing on Thursday, the chairman of the joint chiefs of staff was asked about a recent Associated Press investigation, which claimed that at least 1,900 small arms had gone missing from military facilities during the previous decade. The weapons included rifles, shotguns, pistols, machine guns and even grenade launchers. Milley, however, said the report overstated the numbers, adding that he was “shocked” after reading it.

“The reports I have from the services as of this morning are significantly less… than were reported in the media. That’s not to say it’s zero, but it’s much less,” he said, adding that the military takes the security of weapons “extraordinarily seriously.”

While he acknowledged the Pentagon can’t account for some of the 3 million small arms under its control, he said such cases are “rigorously investigated,” vowing to give lawmakers a “firm answer” on the exact number of missing weapons after coordinating with each branch of the military.

Milley did not refer to any specifics in the AP report, which followed a years-long investigation and cited internal records from the Army, Marine Corps, Navy and Air Force. The outlet found that while weapons had disappeared under every branch, around 1,300 went missing from the Army alone, by far the most out of any service.

Asked about those findings during a Senate hearing earlier this week, Army Secretary Christine Wormuth also downplayed the report, saying she would look into the issue but predicted only a “small number” of wayward weapons. The secretary added that she is open to revisiting oversight on weapons accountability, as the Pentagon previously shared yearly updates on lost and stolen arms, before the requirement lapsed.

Despite his skepticism in the report, a spokesperson for Milley, Colonel Dave Butler, later told the AP that the general would consider a “systemic fix” in the future that would make tracking weapons “simplified and accurate.”

The military hasn’t only struggled to keep track of arms stored at home, with the Defense Department inspector general finding last year that it failed to account for some $715 million in weapons used to arm Kurdish-led fighters in Syria. Weapons sold to allies, such as Saudi Arabia and the United Arab Emirates, have also reportedly fallen into the hands of al-Qaeda and other jihadist groups, as have arms distributed by the CIA.