‘It’s not your job’: Debate sparked on ‘unbiased’ journalism after news broadcasters cut away from Trump’s election fraud speech 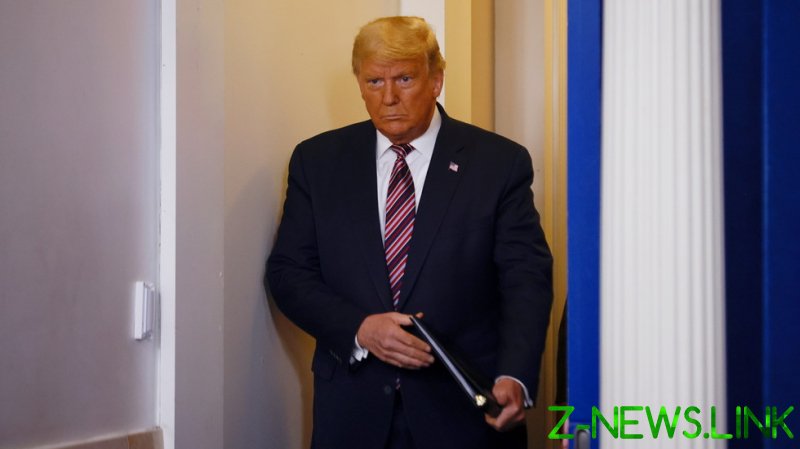 In an unprecedented move, MSNBC, NBC News, CNBC, CBS News, ABC News, and even publicly funded NPR, cut their feed from the White House as Trump began to speak about alleged voting irregularities during the 2020 contest. Among the major broadcasters, only Fox and CNN chose to air the full speech. A CNN chyron shown during his speech read: “Without any evidence, Trump says he’s being cheated.”

During his Thursday night address, Trump pointed at alleged “election interference from Big Media, Big Money and Big Tech,” and claimed that “we were winning in all the key locations by a lot” and that only later “our numbers started miraculously getting whittled away in secret.”

Outlets defended pulling the plug on Trump’s provocative remarks, arguing that they didn’t want to spread unsubstantiated claims about the election.

USA Today’s editor-in-chief said that it ended its livestream of the address because the outlet’s job is to “spread truth – not unfounded conspiracies.”

“We’re not going to allow it to keep going, because it’s not true,” stated CNBC’s Shep Smith on air.

Many argued that such incendiary allegations from the US president were inherently newsworthy and merited live coverage. Twitter users further pointed out there was no way for networks to know with certainty that Trump was lying or spreading misinformation, noting that their job should simply be to relay, without bias, what Trump had said.

Former Green Party presidential candidate Ralph Nader was particularly incensed that NPR refused to cover Trump’s full remarks, pointing out that Americans should be able to rely on the public broadcaster when commercial stations fall short.

The editorial decision also received plenty of applause on social media, with many adopting the view that news organizations waited too long to start blacklisting the president’s live addresses.

The Trump campaign claims that there are irregularities and fraud connected to mail-in ballots that either arrived late or did not receive the necessary scrutiny from observers, who were allegedly prevented from overseeing the vote count in several key battleground states.

His team has filed suit in Nevada, where they say they have evidence that thousands of non-residents illegally voted in the state. Legal cases have also been brought in Pennsylvania, Georgia and Michigan. Trump has already requested a recount in Wisconsin, where the margin of victory was less than one point.