Home / WORLD / ‘It’s not looking good for him’: Mike Perry says ex-UFC star Askren will struggle against Jake Paul after training with YouTuber

‘It’s not looking good for him’: Mike Perry says ex-UFC star Askren will struggle against Jake Paul after training with YouTuber 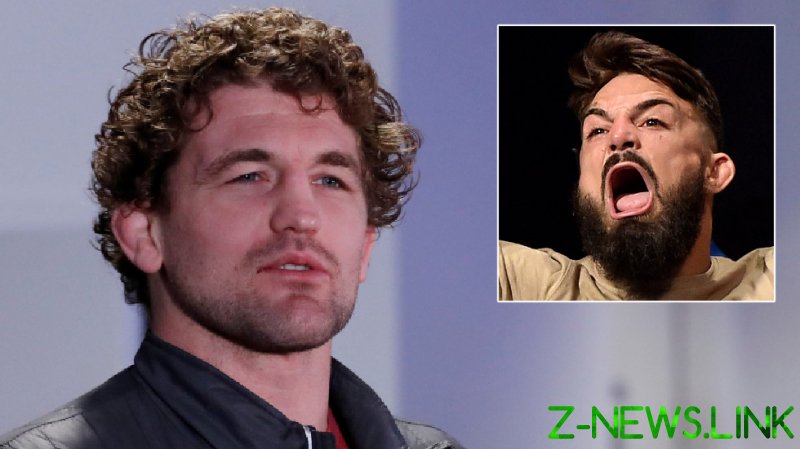 The younger and marginally more successful boxer of the two Paul brothers, Jake, has to be commended for positioning himself as being a genuine “money-fight” and surefire box office attraction after beating up a fellow YouTuber in his debut and following that up in November by knocking out ex-NBA pro Nate Robinson on the undercard of the Mike Tyson comeback card.

Paul’s latest fistic curiosity comes against a genuine, world class athlete in Ben Askren – but the trouble for the former Bellator MMA world champion is that his skills lie in the grappling arena and that his stand-up chops leave a lot to be desired, to put it nicely.

Askren has been training with famed boxing coach Freddie Roach in anticipation of his professional boxing debut, which will come around 18 months since he was defeated by Demian Maia in what was the final bout of his 22-fight mixed martial arts career.

“[I don’t know] Dana White,” Perry wrote on Twitter. “I just got some work with Jake Paul and it’s not looking good for Ben Askren.”

Askren isn’t the only UFC fighter to have been seen training with Paul. Jorge Masvidal, who infamuosly defeated Askren by flying knee knockout just five seconds into the first round of their fight in June 2019, has also spent time with Paul as he hones his skills.

Paul and Askren will fight on April 16 in the main event of the Triller promoted card which will also feature a co-main event between boxing veteran Antonio Tarver and former UFC heavyweight champion Frank Mir.