Home / WORLD / ‘It’s not going to round five’: UFC champ Petr Yan vows to finish Aljamain Sterling inside the distance as both amp up trash-talk

‘It’s not going to round five’: UFC champ Petr Yan vows to finish Aljamain Sterling inside the distance as both amp up trash-talk 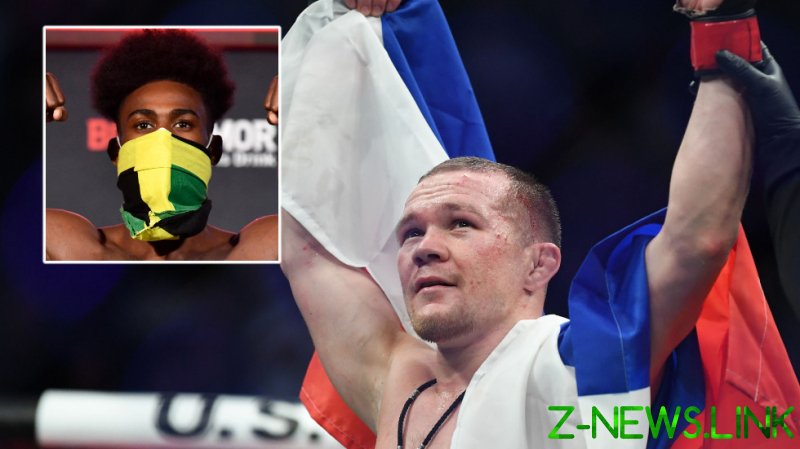 Russia’s Yan will aim to defend his 135lbs championship on the March 6 event which will house three world title fights – but neither man appears willing to wait two weeks to fire some shots at their rival.

Yan, as fight fans will attest, has been near-perfect since entering the UFC after serving an impressive apprenticeship in the Absolute Championship Berkut (ACB) promotion, where he quickly rose through the ranks to become their bantamweight title-holder.

His ascent to the UFC ranks seemed assured, particularly in his final two fights with the Russian MMA promotion where he impressed in wins against Magomed Magomedov and Mattheus Mattos – both of whom, incidentally, have since moved to Bellator MMA.

Yan very much lived up to his nickname, showing ‘No Mercy’ to a succession of fighters since his UFC debut in the summer of 2018 – including finishes of established legends Urijah Faber and Jose Aldo in his last two, the latter of which secured Yan the recently-vacated bantamweight title.

Sterner tests, though, await him – and perhaps none more so than in the man he faces in Las Vegas in a couple of weeks.

No-one – not even Yan himself – could deny that Aljamain Sterling hasn’t deserved his opportunity to be a world champion.

“I’ve taken down bigger men then you with strong wrestling. I hope you’ve been eating your Wheaties my брат [brother].”

Yan then hit back with another riposte, “One takedown?” he wrote. “You will need plan B AKA Plan Bicycle.”

Sterling, seizing the moment to have the final word, added further color to how he says he plans on taking Yan to the mat and suffocating him – both literally and figuratively.

“Too much talking, brother,” he wrote. “We will see in two weeks. Simple. Father’s plan will have you nervous, frustrated, and tired.”

The jawing between the two warring bantamweights will soon end when that cage door locks in Las Vegas – and after that, just one of these men will have the bragging rights.