Home / WORLD / It’s no wonder black people are nervous about vaccine mandates. They’ve more reason to distrust Biden than anyone

It’s no wonder black people are nervous about vaccine mandates. They’ve more reason to distrust Biden than anyone 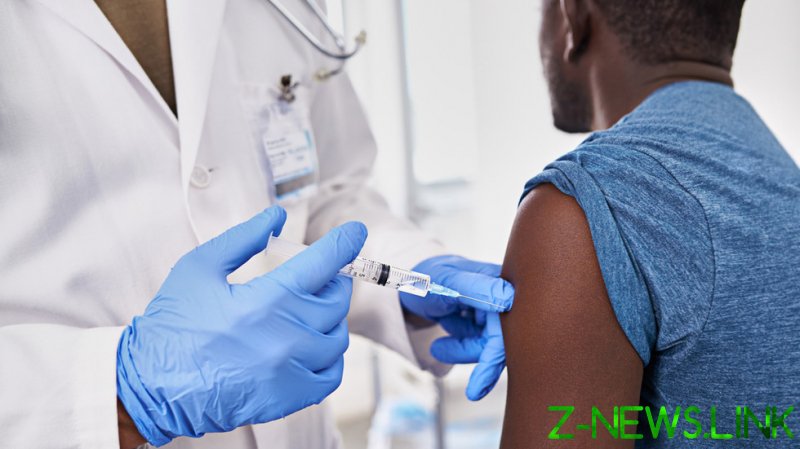 Vaccine mandates for travel, work, and even restaurants, as witnessed in Carmine’s in New York City this week, have become a hot-button issue for a lot of civil liberties and civil rights activists alike.

There have been bipartisan mass protests happening in NYC every week, where people from all walks of life have taken to the streets to show their opposition to the mandates put in place by Bill de Blasio and the Biden administration.

Professional athletes, celebrities, and social media influencers have used their voices to take a stand against what can only be seen as an authoritarian overreach of federal power. However, it seems that the majority of mainstream media, policy makers, and even marketing efforts have targeted one group in particular when it comes to mandates: black Americans.

At this point, it is well documented that black Americans do not have much faith in the effectiveness or safety of the available Covid-19 vaccines. There’s a litany of reasons to justify that hesitancy, spawning from years of healthcare discrimination within our community.

Many are already familiar with the Tuskegee Syphilis Experiment, a truly abhorrent study conducted on black people to “observe the natural evolution of untreated syphilis” from 1932 to 1972. All the black men recruited for the experiment were told they were receiving treatment for bad blood. Even after penicillin became the treatment prescribed for syphilis in the late 1940s, almost 30 years before the experiment actually concluded, most of the men were never given it. In fact, they received no treatment at all.

The aforementioned examples, combined with the infinite ways the US government has systematically oppressed the black community through our tumultuous history, give black people little reason to believe that it, or the FDA, or any of its medical institutions, have their best interests at heart.

However, our genuine distrust of these institutions and the mandates they’re now implementing have been minimized, with academics and media pundits often citing socioeconomic obstacles as the reason for the black community’s underwhelming vaccination numbers or ‘ignorance.’

What’s more, if you listen to the rhetoric coming from politicians and neoliberal media pundits, you might be led to think that every person who is vaccine hesitant or not in favor of mandates is a Trump-loving Republican merely attempting to throw another wrench in the ‘liberal agenda.’

Not only is this far from the truth, but those same pundits, politicians, and influencers seem to be aware of this as well, given the truly disturbing efforts we’ve seen dedicated to targeting the black community to convince them to lie down and accept vaccine mandates.

There are several ways the black community has been directly targeted by vaccine initiatives – a clear indication that the political and media worlds are fully aware that anti-mandate sentiments are not unique to conservatives.

We need look no further than the bizarre targeting of black celebrities who are brave enough to merely share an opinion on the issue, even if those opinions are relatively uncontroversial. Just last week, rapper Nicki Minaj was attacked and ridiculed by social media influencers and political pundits alike after she shared a story about a family friend who allegedly suffered swollen testicles after receiving his Covid-19 vaccine.

In her message, she told people not to be “bullied” into taking the vaccine and that whatever choice they make should be their own.

Despite saying she’d probably be vaccinated herself at some point and making sure to reiterate in later tweets that she was not telling people not to be inoculated but rather reminding them it was their choice, that did not stop her from incurring the wrath of political pundits such as MSNBC’s Joy Reid.

Reid was furious about Minaj’s anecdotal tweet, and raged, “For you to use your platform to encourage our community to not protect themselves and save their lives – my God, sister, you can do better than that!”

Twitter even put out an international notification warning people that healthcare officials say there’s “no evidence” that swollen testicles could be a potential side-effect of the vaccine. However, as RT has reported, it is indeed possible, if unlikely. So, although some people would probably not view this as a reason to completely dismiss their desire to be fully vaccinated, episodes like this explain the level of distrust.

In the sports world, black quarterbacks such as Lamar Jackson and Cam Newton have been constantly harassed about their respective vaccination status. This heightened focus on Jackson and Newton comes despite the fact that other QBs like Kirk Cousins, Andy Dalton, Carson Wentz, and Dak Prescott have all declined to say whether or not they have been vaccinated.

The difference, of course, is that Jackson and Newton have become notable icons within the black community because of their dynamic and unique styles of play. But they have been subject to persistent negative coverage on account of their vaccination status. The problem with this narrative is that it’s already been well documented that getting the vaccine does not stop the spreading of the virus, nor does it stop you from getting Covid yourself, as the New Orleans Saints found out the hard way last week, when eight vaccinated players and coaches tested positive. This, once again, brings into question the intentions of those desperate to admonish those black athletes so publicly.

With the administration, along with various state and local governments, belaboring the fact that it’s not satisfied with the low vaccination numbers among the black community, Joe Biden has pushed a mandate that requires every company with 100 or more employees to have all its workers vaccinated and tested, or face a fine of $14,000 per violation if it refuses, dealing a significant blow to the already decimated black small-business industry.

Nearly half of black-owned small businesses had been wiped out before these harsh and unconstitutional mandates. And when we consider the fact that 70% of Americans said they would quit their jobs if vaccines were mandated, the stage is quietly being set for massive business closures and an unprecedented rise in unemployment – two issues that disproportionately impact the black community.

Economists and politicians are fully aware of this reality and these numbers. So, how could black people possibly think the government obsession with getting them to take the vaccine was a result of its ‘concern’ for the black community when it is simultaneously pushing policies that would cause it harm? We are once again left to ask the question, why should we trust these people?

No, vaccine hesitancy and anti-mandate sentiments are not reserved for white, right-wing conservative, conspiracy-theorist Trumpers. Moreover, pretending this is the case is erasing the generational trauma of black people and the current evidence that black people have more reason to distrust the intentions of the US government than any other demographic in this nation.

Simply put, the US government and all of its institutions have never once pushed anything onto the black community that has not significantly harmed us. And these mandates will not primarily affect the white middle-class conservatives, like the media is trying to convince you they will. It is a tacit form of segregation against the black community that the current administration and its supporters supposedly care so much about.