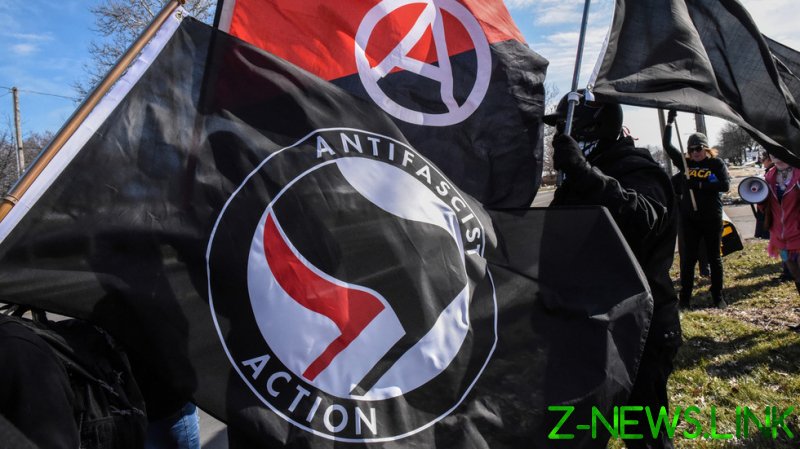 The mole told a local ABC affiliate that he felt compelled to “do something” after reading the manifesto of SoCo (Sonoma County) Radical Action, which appears to encourage vandalism.

Identified by the media as a “Trump supporter,” the man reportedly contacted the group and told his “comrades” that he wanted to “smash the system the same as you.” The ploy apparently worked and he was granted access to their communications channel on the encrypted messaging app Wickr. After gathering documents and recordings of their meetings, he then went to the press – and the police.

The alleged leader of the group, “Marb,” is believed to be a 25-year-old college student who was arrested for assaulting a police officer last year in Oakland during a riot sparked by the death of George Floyd. The charges were later not filed.

In one reported exchange from March, Marb explains how the group was originally called SoCo Antifa, but changed their name because there were concerns that identifying as “Antifa” would put them on an “FBI watch list.”

Another alleged recording made by the infiltrator details plans for May 1. Marb suggests that it would be “sick” to do something “a little more extreme for National Workers’ Day.”

“It’s May Day, baby, like come out and take, take somethin’ over with us, I don’t, I don’t (bleep) know,” the group’s leader continues.

It’s unclear whether the exchange was in jest or a serious proposal to carry out violence. The infiltrator reached out to law enforcement about the matter. Police told local media that they were unaware of “specific” threats but that they would take any potential acts of violence “very seriously.”

The infiltrator also obtained the group’s “target list,” which reportedly includes addresses and phone numbers of victims that they want to dox. In one audio recording, the Antifa activists discuss how they drove out to the home of a woman who heads the Santa Rosa Republican Women Federated, a conservative political group, lamenting that it was too late at night to do any “observing.”

Marb has reportedly refused requests for comment when contacted by the media, but did message members instructing them not to speak to the press or law enforcement. He has also been scrubbing private and public social media accounts since learning that he was the subject of a news story, according to the media.

It’s still unclear whether the Antifa activists are suspected of actual criminal activity. The “Trump supporter” said his experience undercover shows that despite claims to the contrary, Antifa “are very real, and they’re a very big threat.”