Home / WORLD / It’s ludicrous that 44% of UK public spending will be on health. The NHS needs root-and-branch reform

It’s ludicrous that 44% of UK public spending will be on health. The NHS needs root-and-branch reform 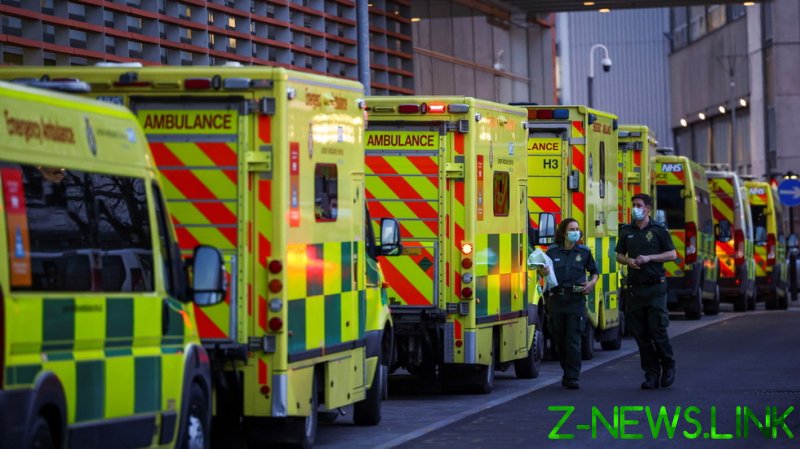 During my time as a politician, I had an uncomfortable relationship with the National Health Service. In 2010, I wrote that the NHS was “costly, inefficient and stuffed with bureaucrats.” Moreover, the following year, I went on to describe the UK health system as a “monolithic hangover from days gone by.”

Rightly or wrongly, I was never allowed to forget these remarks and they were raised every time I was on television by rival politicians and journalists. They were used as a stick to beat me and my party with, often with the insinuation that UKIP wanted to replace the NHS with a US-style private healthcare system.

Even back then, politicians could not criticise the NHS or suggest reform. It was, as I said on television, “the sacred cow” of British politics and off-limits to discuss radical change. This is especially the case since the Covid pandemic. Indeed, last year, we were all encouraged to go outside and “clap for the NHS.”

But clapping should not distract us from the fact that the NHS seems to be constantly in crisis. Even before the pandemic, Brits had become accustomed to reading that it was underfunded and on the edge of collapse every January. You can set your clocks by the headlines.

At this present moment in time, there are more than five million people waiting for hospital treatment in England, and hundreds of thousands of people have been waiting for more than a year. The government has decided that something must be done, and in this week’s budget, it announced that £5.9bn will be spent in an attempt to address the problem.

It also must be considered that the £5.9 billion is on top of the £12 billion-a-year increase that was announced last month. This money will be raised through a rise in National Insurance and, from next year, the Health and Social Care Levy. To put this in perspective, it represents a massive 40% increase in health spending since 2010.

According to the Institute for Fiscal Studies (IFS), 44% of all public spending will be going to the NHS by 2024-25. Amazingly, this has come from a Conservative government, which, in the past, has been accused of not funding the NHS properly. It has left the Labour Party with pretty much nothing to say.

However, the idea that 44% of public spending should be spent on healthcare is ludicrous and unsustainable. The money has to come from somewhere, and as the Magic Money Tree does not exist, it will be at the expense of education, transport and defence, to name but three areas.

Yet I guarantee that this massive increase in health spending will not stop the complaints that the NHS is underfunded. It is also interesting that those who routinely make these complaints tend to be the same people who are most vociferously opposed to any reform.

And these arguments have been weaponised because the last time reform was attempted, it proved to be a disaster. Back in the mid-noughties, then-PM Tony Blair had the idea of introducing private investment into the NHS through Private Finance Initiatives (PFI).

Although the cash was used to rebuild out-of-date NHS hospitals, it came at a massive cost. Indeed, it is estimated that an initial £13 billion of private investment will end up costing the NHS somewhere in the region of £80 billion. Moreover, last year, the current government wrote off £13.4 billion of NHS debt, which amounts to double the UK’s annual prisons budget.

One of the reasons that the NHS costs so much is that, as with all public sector organisations, it is overly bureaucratic, and it employs too many people. Unbelievably, the NHS is among the 10 largest employers in the world, alongside the likes of the US Department of Defense, Walmart, the Chinese People’s Liberation Army, and McDonald’s topping it. To be blunt, it is simply too big.

I also question the logic in continuing to throw money at a creaking organisation without demanding significant reform. It must be remembered that the NHS was set up in the late 1940s for a country that had a population of under 50 million. Moreover, the life expectancy for a man in the UK back then was 61, and 66 for a woman.

Now consider that the current UK population is officially 68 million, and these are only the people we know are living here, so it is probably well over 70 million. More importantly, the life expectancy in the UK is now 79 for a man and 83 for woman; and with medical advancements, these will only increase as the century progresses. As people get older, they will need more healthcare, which will put even more pressure on the NHS and the taxpayer.

The reality is that the healthcare system in the UK is proving increasingly unsustainable, and its unsustainability will only grow as the population gets larger and people get older. Moreover, many other countries in the developed world have a mixture of public and private healthcare, and they outperform the NHS in many areas. Perhaps we should look at these alternatives – and no, I am not advocating an American system!

So rather than continuing to just throw money at the problem, why not consider root-and-branch reform from top to bottom? We keep hearing that we need to protect future generations from the ‘climate crisis’ through green initiatives, so why is it that when it comes to the ‘health crisis’, it’s just business as usual?

The answer is because the NHS has been weaponised by politicians and journalists, and in recent times, has taken on a quasi-religious status. Any calls for reform are met with a barrage of abuse. I guarantee, however, that if UK politicians do not tackle this issue soon, then they are creating problems later down the line, and probably before the middle of this century.

There are a few ideas to reform the NHS being tossed around. One is to encourage wealthier people to take out private healthcare insurance, which is not a bad suggestion. It would certainly ease the burden on the NHS if a portion of its users were taken out of the system. But this would only be a short-term solution to a much bigger structural problem.

I don’t think there is a silver bullet and do not know what the answer is, but conversations around significant reform need to be had, and they should start pretty soon. We owe it to our future generations.