Home / WORLD / ‘It’s like a wet dream’: Comeback kid Tony Ferguson hits out at UFC for ‘dangling’ world title in front of him

‘It’s like a wet dream’: Comeback kid Tony Ferguson hits out at UFC for ‘dangling’ world title in front of him 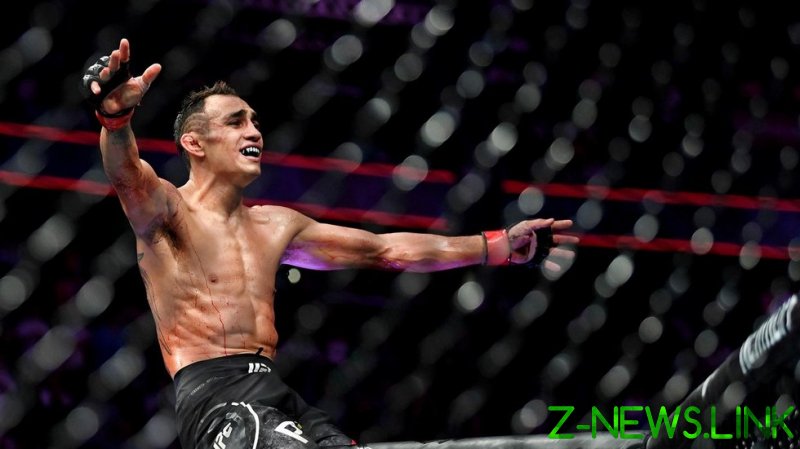 Despite at one point amassing a 12-fight, 8-year winning streak in the UFC’s lightweight division, ‘El Cucuy’ has never fought above the level of an interim title – and ahead of what he hopes will be a return to the win column this weekend after a vicious defeat to Justin Gaethje in May, Ferguson says that he is no longer striving to claim a world title after being burned too often in the past.

In a true MMA tragedy, fate repeatedly scuppered what was often held as the best possible fight at 155lbs – Ferguson vs. Khabib Nurmagomedov, but with the Russian champion now retired (and the fate of the belt itself unsure), the 36-year-old American appears to have switched mental gears.

And he will need to be at his best against Brazilian submission specialist Oliveira, who now boasts one of the longest winning streaks in the division with eight consecutive victories. A win for Ferguson would certify that he remains at the summit of the lightweight elite – but that doesn’t mean he expects a title bout to follow anytime soon.

“Man, that title is a wet dream,” Ferguson said at the UFC 256 virtual media day.

“Like that Farmers Insurance commercial: ‘Oh, you almost got it. Keep it going. We’re just going to keep dangling it in front of you.

“I don’t know what the problem is. I don’t know if it’s because I’m Mexican. I’m American with Mexican parts. Twelve-fight win streak.

“Eight years in the making, before women’s sports were even in. Conor [McGregor] was on welfare. All these different things, and I still didn’t earn a title shot.”

Despite his obvious malaise at uncertainty at the top of the UFC lightweight division, Ferguson still found the time to assert that he would be a more effective champion than the man who currently, or temporarily, holds the best: Khabib Nurmagomedov.

“How much greed can you want? You want to be like Khabib and hold on to it?“