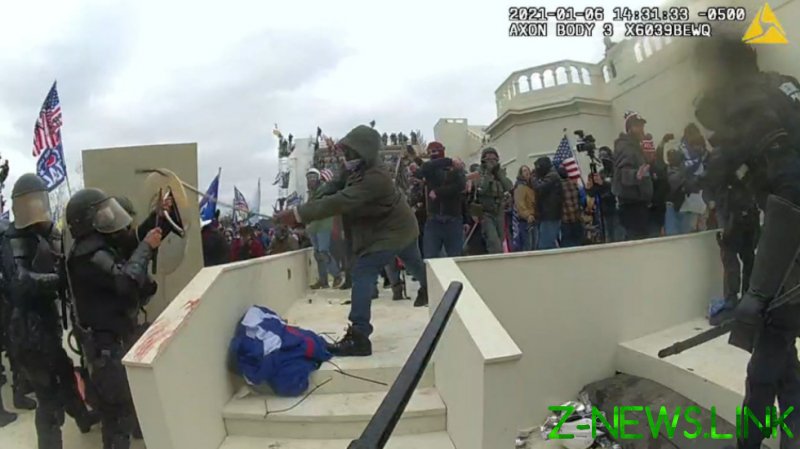 Esquire’s Charles Pierce took to the outlet’s online blog on Wednesday with a piece entitled ‘It’s Good to Be White When You’re Doing Crimes,’ citing a recent Politico report about how an overwhelmed DC police force released a rioter from custody during the January 6 unrest at the Capitol, only for the man to rejoin the mob.

In his post, Pierce writes that “it’s impossible to imagine this kind of scenario if the detainee were black.” The only problem? The detainee in the story, Mark Ponder, is black, as is clearly shown in a criminal complaint linked in the Politico piece. Oddly, in Pierce’s own post, he quotes the Politico passage containing the link verbatim, but apparently failed to read the document.

While Politico’s Kyle Cheney, who reported the story for the outlet, broke the news gently to Pierce on Twitter, neither he nor Esquire have addressed the glaring error, let alone corrected or retracted the factually challenged article. At the time of writing, the piece had been live for at least 10 hours.

While Esquire billed itself as a men’s lifestyle magazine for some time, the outlet has adopted a more outwardly political stance in recent years, publishing a steady stream of stories trafficking on growing racial tensions in the US, many warning of alleged crypto “white supremacists” dog whistling from perches at Fox News, or, in the case of former president Donald Trump, the Oval Office.

Other netizens later joined Cheney in pointing out Pierce’s error, blasting the liberal blogger for “journalistic malpractice” and Esquire for its “irresponsible” reporting.