Home / WORLD / ‘It’s gonna be like this wherever you go!’: Trump supporters confront & heckle Lindsey Graham at DC airport (VIDEO)

‘It’s gonna be like this wherever you go!’: Trump supporters confront & heckle Lindsey Graham at DC airport (VIDEO) 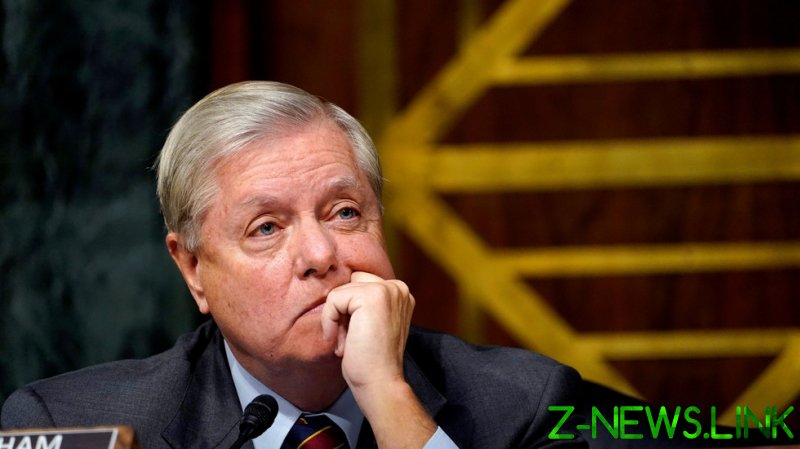 As Graham walked through Reagan National Airport surrounded by police officers, furious protesters surrounded him and screamed, claiming the election “was rigged” and demanding the senator “audit our vote.”

“It’s gonna be like this forever wherever you go for the rest of your life,” one protester says to Graham.

Actress and outspoken Trump supporter Mindy Robinson, who posted the original video, identified herself on Twitter as being part of the group of “angry patriots.”

“Lindsey Graham just made the mistake walking by me and a mass of angry patriots at the airport in DC,” she tweeted.

Robinson, a former congressional candidate in Nevada, demanded Graham “audit our vote and purge this election of this massive corruption.”

“We’re not letting this ‘slide’ so expect more of this,” she added.

Another video shows the crowd chanting “traitor” as the Republican senator attempts to walk away from them.

The confrontation follows Graham breaking with the president on Thursday and saying he was partly responsible for the violence at the US Capitol this week.

“When it comes to accountability the president needs to understand that his actions were the problem not the solution,” he said.

Despite this, Graham did push back earlier on Friday against calls from Democrats to impeach and remove Trump from office before the transition of power to Joe Biden on January 20.