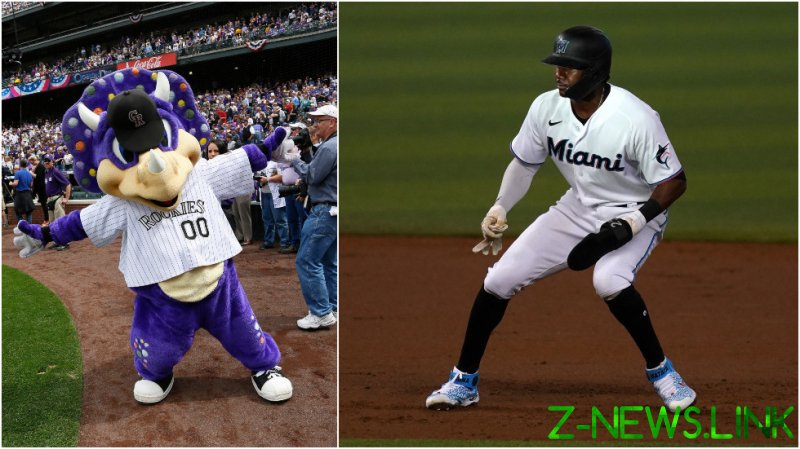 “After a thorough investigation that included calls, emails and video clips from concerned fans, media and broadcast partners, the Colorado Rockies have concluded that the fan was indeed yelling for Rockies mascot Dinger in hopes of getting his attention for a photo, and there was never any racial slur that occurred,” the MLB team said on Monday.

The controversy erupted following a Sunday game between the Rockies and the Miami Marlins, with some viewers believing a fan sitting near home plate used a racial slur toward Marlins outfielder Lewis Brinson as he was up to bat.

The incident immediately prompted condemnations from the Rockies and the MLB, also sending hordes of netizens to Twitter to call for an investigation into the apparently bigoted fan. Liberal commentator Keith Olbermann demanded to know how the league “apprehended” him and “what they did to him” afterward, while Marlins play-by-play announcer Paul Severino said he was “absolutely disgusted.”

While some of those who rushed to judgement have since walked back their initial commentary – such as USA Today columnist Bob Nightengale, who apologized for “jumping to the wrong conclusion” – some critics still held out hope for a scandal.

Reacting to the Rockies’ clarification on Monday, Olbermann insisted it somehow made matters more “confusing,” arguing that the team hadn’t “updated or retracted” its initial statement, which was issued prior to its investigation. He was taken to task by netizens, one observing “it’s not confusing unless you have a vested interest in the slur having been yelled,” while others urged him to acknowledge his error.

Some commenters pointed their criticism toward the Rockies, saying the team should have held off on its condemnations until completing its probe and noting that the accused fan still hadn’t received an apology.

“I think we all learned a lesson here. Wait until we have facts before we start canceling people,” one user wrote.