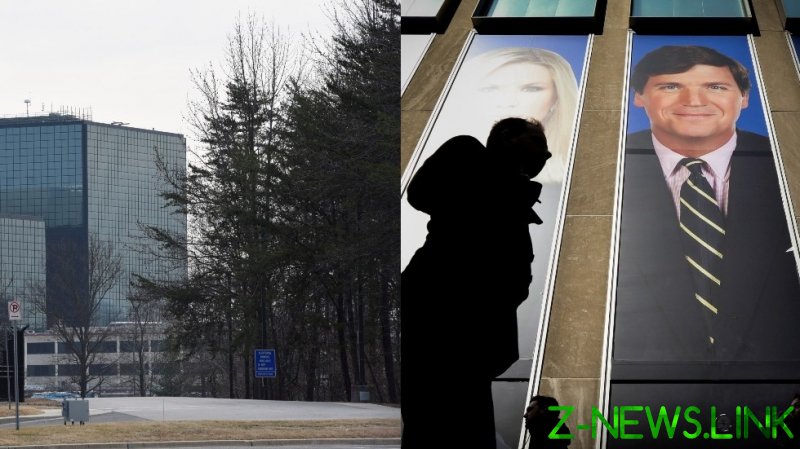 Carlson, who hosts the most-watched cable show in the US, announced last week that the spy agency had been monitoring him – in violation of its constitutional mandate to spy on foreigners only – and claimed it was done to pressure and discredit him. The NSA denial only said Carlson was not a “target,” but did not dispute the substance of his allegations.

On Wednesday, Carlson appeared on a Fox Business morning show and revealed that the NSA actually shared the content of his emails to at least one reporter.

“Yesterday I learned that – and this is going to come out soon – that NSA leaked the contents of my e-mail to journalists in an effort to discredit me,” Carlson told Maria Bartiromo. “I know this because I got a call from one saying ‘oh, this is what your e-mail was about’.”

Only his producer knew about the email, Carlson explained, yet he got a call from a journalist “I know and like” who quoted his own words to him over the phone “because the NSA leaked it.”

“So, it is not in any way a figment of my imagination,” he added. “It’s confirmed, it’s true. They are not allowed to spy on American citizens – they are – and I think more ominously, they are using information they gather to put leverage to threaten opposition journalists, people who criticize the Biden administration.”

Indeed, most of the corporate media sphere either ignored Carlson’s allegations or said he was doing pre-emptive damage control for whatever negative story is coming.

Carlson is “now making it obvious the NSA claim is him trying to get ahead of a very negative story,” commented Justin Baragona of the Daily Beast, one of the outlets that eagerly feeds on complaints about the Fox News host put out regularly by the Democrat outfit Media Matters for America.

Carlson has been an outspoken critic of the current administration, attracting flak from all across the media-political establishment. Back in April, the Anti-Defamation League called for his firing based on a misinterpretation of a video clip posted by MMFA.

Over the Fourth of July weekend, rival network CNN openly compared him to Alex Jones, a commentator they successfully pressured Big Tech into banning from all platforms back in 2018.