Home / WORLD / ‘It’s between me and my doctor’, Putin said when asked about off-camera vaccination

‘It’s between me and my doctor’, Putin said when asked about off-camera vaccination 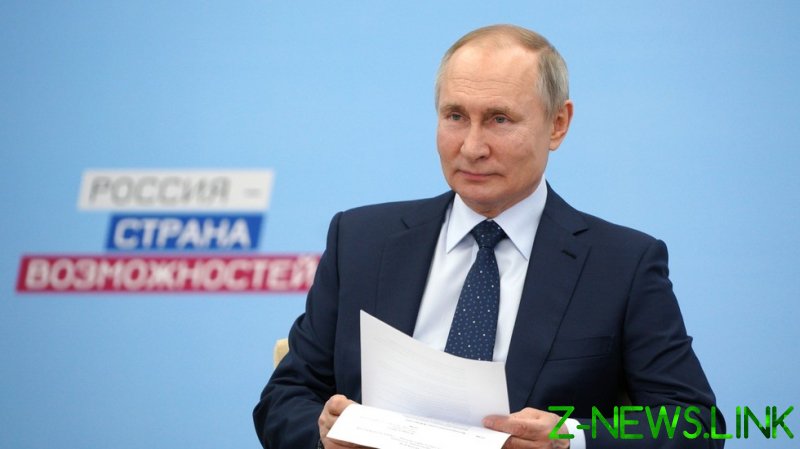 Putin was reported to have received a shot of a domestically-developed vaccine earlier this week, but neither footage of the procedure nor the name of the vaccine were made public. Speaking to a journalist from Russia 1 TV, he said not even the people closest to him were privy to that information.

“It was one of our three vaccines. I asked colleagues not to discuss it and actually I didn’t discuss it with them,” the president said. “Only the doctor who gave me the shot knows.”

Unlike other world leaders who received injections on camera to boost people’s confidence in their vaccination campaigns, Putin received his shot in private. He explained his decision, saying he didn’t want to “ape” what other leaders have been doing, adding that these photo ops are not convincing for skeptics.

“If somebody wants to falsify things and dupe people, at that level it’s not hard to do. You could show an injection, but the shot would actually be of saline fluid or anything else. Kefir [a fermented dairy drink popular in Russia] or orange juice. I’m joking, of course. But maybe some vitamins,” Putin said.

He said he didn’t experience any major side effects from the injection, but took reasonable precautions and abstained from exercise for three days afterwards.

The Russian leader also said that all of the domestically-developed vaccines seem safe and efficient, adding that he hopes the immunization campaign will allow the government to lift the Covid-19 restrictions sometime in late summer.

Russia has three different vaccines at different stages of deployment. Gam-COVID-Vac, better known as ‘Sputnik V’, was the first to received certification in Russia, and has since been approved by almost 60 other nations. EpiVacCorona and CoviVac received their registrations in Russia in October 2020 and February 2021 respectively, and unlike Sputnik V, the results of Phase III clinical trials for both of them are yet to be published in international scientific journals. Russia began vaccinations with EpiVacCorona this month, while the mass manufacturing of CoviVac was launched this week.

Russia has over 4.5 million identified cases of Covid-19, with more than 97,000 fatalities recorded. Daily infections have been going down slightly since mid-March, with less than 10,000 new cases reported every day for two weeks.