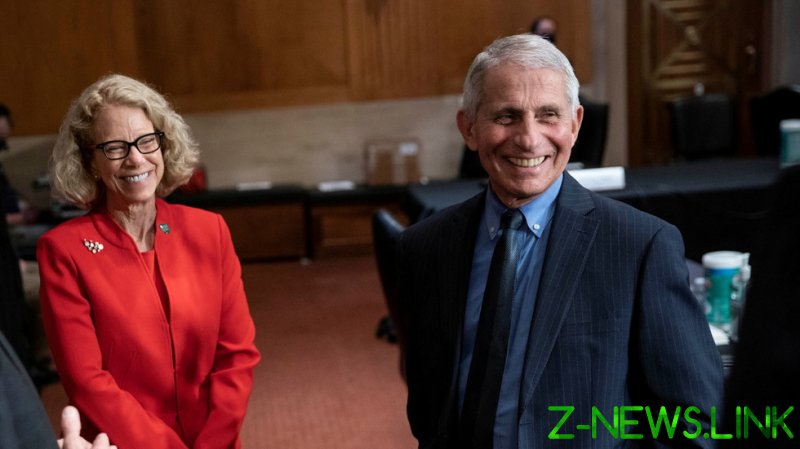 Fauci has found himself facing new waves of criticism since thousands of his emails were released via Freedom of Information Act requests through Buzzfeed and The Washington Post.

Critics have timed what Fauci has said in some of the emails during the pandemic to what he was saying publicly and accused the infectious disease expert of hypocrisy on issues such as masking and theories about the origin of Covid-19.

In an interview with The New York Times published on Monday, Fauci dismissed his “far-right” critics as being “politically motivated” and pushing “nonsense” to discredit him.

He went on to say that every piece of correspondence is “perfectly normal, perfectly innocent, and completely above board.”

Fauci has long been accused of flip-flopping on key guidances in short periods of time during the pandemic, something he has denied, explaining that his opinion has changed as the “science” has, an argument he doubled-down on his most recent defense.

“So the people who are giving the ad hominems are saying, ‘Fauci misled us,'” he said. “‘First, he said no masks, then he said masks.’ Well, let me give you a flash. That’s the way science works. You work with the data you have at the time. It is essential as a scientist that you evolve your opinion and your recommendations based on the data as it evolves.”

Fauci explained that because science is a “self-correcting process” that constantly changes as his recommendations have, people criticizing him are actually criticizing science itself.

“That’s the reason why I say people who then criticize me about that are actually criticizing science,” he said. “It was not a change because I felt like flip-flopping. It was a change because the evidence changed. The data changed.”

Fauci has referred to his controversy and criticism around his emails as “anti-science” in the past, but his critics continue to call for the medical advisor to step down from his White House duties.

Fauci also claimed in his interview that he has received death threats and his family has been given “obscene notes” since the doctor has become one of the leading figures in the government’s handling of the pandemic.

“I mean, the more extreme they get, the more obvious how political it is. ‘Fauci is like Hitler. Fauci has blood on his hands.’ Are you kidding me?” he said, adding that the attacks shock him as he is a man who has dedicated himself to “saving millions of lives.”

“What I do is I’m a public health official and a scientist who’s devoted my entire 50-year medical career, 40 of which have been in public health, to saving lives – and, in fact, saving millions of lives,” he said.